The fuel tax rates in New Jersey are once again set to increase. Effective Oct. 1, a 4.3-cent rate increase will be imposed. State officials say the upcoming increase is needed because tax revenues have fallen below projections from 2016. At that time, state lawmakers voted and then-Gov. Chris Christie signed into law a bill […]

Stop by the Oak Grove 70 Petro in Missouri, check in at The Spirit, and get a free hot dog

Look for Jon Osburn and OOIDA’s touring tractor-trailer, the Spirit of the American Trucker, at the Oak Grove, Mo., Petro 70 truck stop at Exit 28 off of I-70. Stop by at lunch and get a free hot dog and chips. Jon and his canine co-pilot, Sassi, are scheduled to be there through Sept. 12. […]

A 5-year-old legislative mandate soon will result in nine more two-lane highway segments with higher speed limits posted. Increases from 55 mph to 60 mph will be imposed on southern Minnesota highways by the end of the year. Early this year, speed limits of 60 mph were posted on seven northwest Minnesota highways. The changes […]

Oversize/overweight trucks prohibited from Peace Bridge Oct. 15 to May 15

Truckers operating oversize and overweight vehicles who use the Peace Bridge in Buffalo, N.Y., should take note. OS/OW trucks will be prohibited from crossing the bridge from Oct. 15 to May 15, 2019. According to a news release, crews will begin the final phase of the Peace Bridge rehabilitation project in October. This will involve […]

Another Atlantic hurricane is threatening coastal states. Hurricane Florence is projected to make landfall near North and South Carolina on Thursday night or early Friday morning in what can potentially be the strongest storm to make landfall that far north in U.S. history. With the storm so far away, the National Hurricane Center has not […] 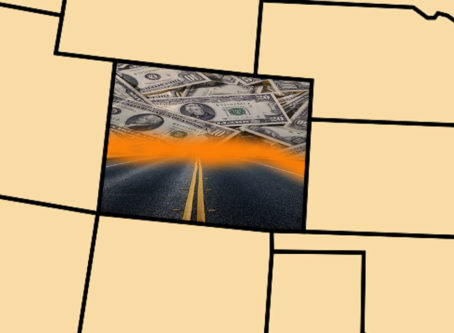 Voters in Colorado this fall will decide on two measures to fund transportation work. After months of collecting signatures from residents in the state, two petition efforts have qualified for the Nov. 6 statewide ballot. The questions would use different funding methods to address infrastructure needs. One question calls for raising Colorado’s sales tax to […]

The Spirit sets up at the Big Iron Classic

The Big Iron Classic draws OOIDA’s touring tractor-trailer north for a couple of days in Kasson, Minn. Jon Osburn and the Spirit of the American Trucker are scheduled to be at the Dodge County Fairgrounds through Saturday, Sept. 8. Staff Writer Wendy Parker also is there. Kasson is 15 miles west of Rochester, Minn. on […]

The number of loads posted on DAT MembersEdge fell 3 percent while the number of trucks improved 5 percent during the week ending Sept. 1. National average spot rates softened but continue to trend nearly 20 percent higher compared to this time last year. The average van rate fell 1 cent to $2.14 per mile, […]

By Special to Land Line | September 7