ELECTION 2018: California voters to decide whether to repeal new vehicle taxes and fees

Voters in California next month will get the final word on whether they want to keep vehicle tax and fee increases imposed a year ago. Proposition 6 is an initiated constitutional amendment that began last fall as a petition drive to obtain signatures from California residents to get the question added to the Nov. 6 […]

The 2017 U.S. Capitol Christmas Tree’s 2,000-plus mile journey from the Kootenai National Forest in Montana to Washington, D.C., will be made in style. A Kenworth T680 Advantage with a special decal design will bring the tree cross-country for a special lighting ceremony in early December. Whitewood Transport’s Larry Spiekermeier, who has 1.6 million accident-free miles, was […] 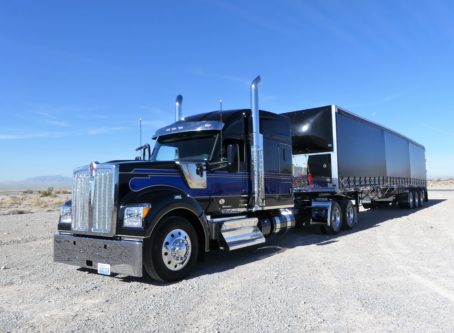 What’s shiny and new and bold and ready to rumble down the road? You’re right if you guessed the freshly introduced Kenworth W990. For months, there have been teases about this truck. Glimpses posted online did not do justice to the way this truck looks up close and personal. Kenworth’s design director, Jonathan Duncan is […]

After nearly reaching Category 5 status, Hurricane Michael is now Tropical Storm Michael as it moves northeast towards the Atlantic over the Carolinas. The storm left a trail of destruction around the Florida Panhandle and Georgia, causing several highway closures, power outages and destroyed structures. Michael reached peak strength of 155 mph sustained winds right […]

A Florida trucker was awarded more than $3 million by a Hillsborough County jury after the driver filed a lawsuit against a trucking company for a crash that ended his trucking career, according to court documents. On Oct. 2, a jury in the Thirteenth Judicial Circuit Court in Hillsborough County, Fla., awarded former truck driver […]

One bill halfway through the Pennsylvania statehouse is intended to clear up inconsistencies in laws governing operation of the Delaware River Joint Toll Bridge Commission. The agency maintains and operates seven toll bridges and 13 free bridges connecting New Jersey and Pennsylvania. The DRJTBC is made up of 10 commissioners, five from each state. Making […] 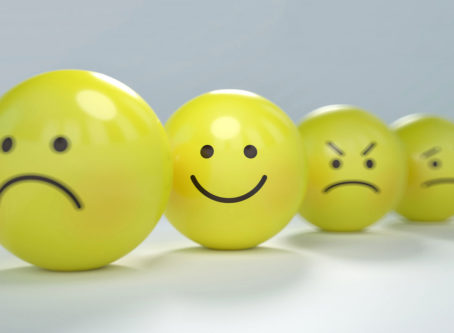 Just a drink of water and a smile

Has the capacity crisis made shippers smarter? Have they finally stumbled upon the obvious? At least one logistics business magazine is trying to help. Inbound Logistics is a well-established magazine written for corporate shippers and 3PLs. The most important issue for most of them these days is capacity. Of course, that’s your empty truck. So […]

The market for spot truckload freight cooled down during the first week of October compared to the end of September, when shippers were trying to move freight before the close of the third quarter. Load posts on MembersEdge were down 13 percent while truck posts increased 8 percent from Sept. 30 to Oct. 6, a […]

By Special to Land Line | October 10

During the fifth and final public listening session about possible hours-of-service reform, the Owner-Operator Independent Drivers Association maintained its stance that professional drivers need more flexibility within the rules. “We feel that drivers pretty much know when they sleep and when they need to rest,” said OOIDA Executive Vice President Lewie Pugh during the FMCSA’s […]

Hurricane Michael unexpectedly reached Category 4 status before reaching landfall near the Florida Panhandle on Wednesday, Oct. 10. As local, state and federal government agencies prepare, the Federal Motor Carrier Safety Administration has issued a regional emergency declaration while ports are across the region are either closed or open with restrictions. On Wednesday, Oct. 10, FMCSA […]