Wildfires continue to burn in the West Coast at a historic rate, keeping roads closed for long stretches of time. The Oregon Department of Transportation has created a webpage to help motorists find out about closures related to wildfire activity.

Since August, dozens of highways in California, Oregon and Washington state have been closed as the region suffers through one of the most devastating wildfire seasons on record. In California, five active wildfires are among the top 10 largest in state history:

The situation in Oregon is not much better. The Oregon Department of Forestry is currently monitoring 12 major wildfires. The five largest fires are:

In Oregon, about 1 million acres have burned this year, nearly twice the 10-year average. All state forests are closed to the public due to wildfire danger.

While the Oregon Department of Forestry is scrambling to manage the wildfires, ODOT is busy trying to manage affected roadways. According to a news release, the department is assessing damage on hundreds of miles of roads. Part of its job is removing thousands of damaged trees.

Keeping up with which roads are closed can be exhausting. Fortunately, ODOT has created a webpage dedicated specifically to wildfire-related road closures. Within that webpage is a map showing where roads are closed. 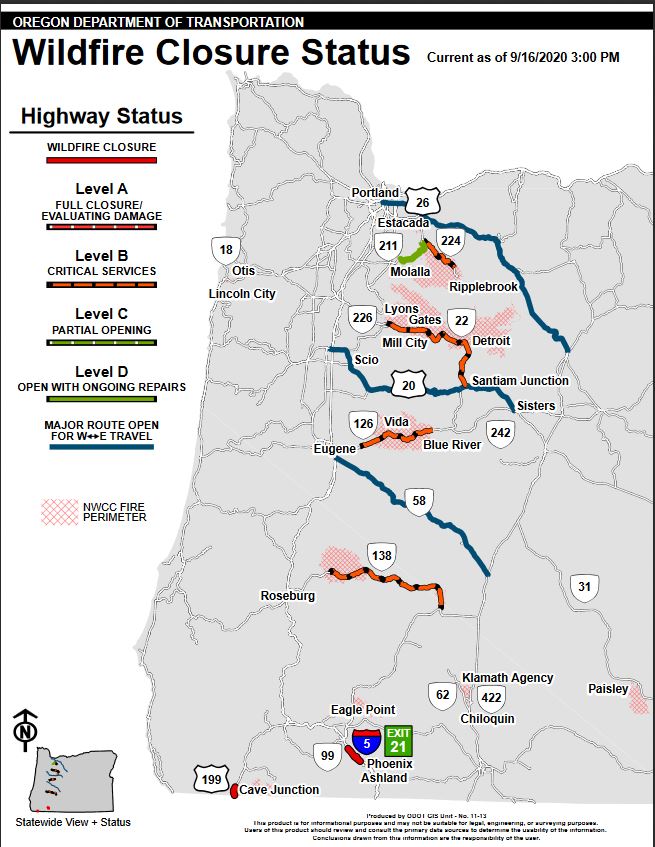 Legislators in the state of Minnesota have reached agreement on a bonding bill that will aid work that includes transportation projects.

TSA announced that it has extended an exemption from the renewal of hazardous material endorsements through the end of the year.