More than 1 million motorists who received toll penalties on certain California toll roads, including the 91 Express Lanes, may get some of that money back after toll collectors reached a settlement in a class action lawsuit.

On April 12, the Orange County Transportation Authority reached a settlement valued at $41 million in a lawsuit accusing the agency of illegally sharing personally identifiable information of motorists on the 91 Express Lanes. Of that money, $40 million will be for forgiven penalties. The remaining $1 million will be for cash awards for certain plaintiffs.

According to court documents, the settlement affects anyone whose personally identifiable information, including the date, time and location of a toll transaction, was sent to a third party for purposes of collecting a toll incurred on the 91 Express Lanes.

Motorists who received toll penalties will have each penalty reduced to no more than $100 plus an additional $40 reduction.

In November, the Transportation Corridor Agency and 3M reached a similar settlement in the same lawsuit valued at nearly $176 million. That settlement deals with motorists who received toll violations on state Routes 73, 133, 241 and 261.

If both settlements are approved, it will end litigation that has lasted more than five years. The class action lawsuit was filed in a California federal district court in February 2016. Plaintiffs accuse the toll road authorities of improperly providing personally identifiable information of toll road users to dozens of third parties. California state law prohibits such distribution of personal information. Class members also allege that toll agencies levied excessive fines and violated due process. LL 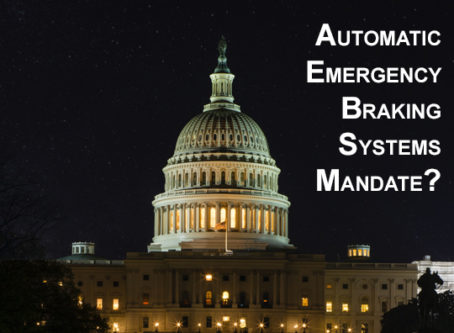 Brakes that stop, even if you don’t want to

Do you like it when your truck hits the brakes, even when you didn’t tell it to? Congress may mandate automatic emergency braking systems.