There is parking for a whopping 725 tractor-trailers at the Raphine Petro, also known as White’s Travel Center. Operators lay claim to being the largest travel center on the East Coast.

The Quaker Steak and Lube restaurant dining room is open, not to mention a deli, Popeye’s, Papa Joh’s Burger King, Subway and Caribou Coffee. There are also a StayFit fitness room and walking trail.

This is the stop before the American Truck Historical Society’s National Convention and Antique Truck Show on June 3-5 in Harrisonburg, Va. Not only will Ellis haul the Spirit of the American Trucker there, but Lewie Pugh, executive vice president of OOIDA, also plans to attend.

This truck stop has been there since 1970, when Dave and Peggy White opened it. She ran the restaurant while he ran the truck stop operations. White’s became an AmBest Truck stop in 2001 and then a Petro in 2011. The founders died in the early 2000s.

Back in the day, the Whites lived at the truck stop, according to the “The All-American Truck Stop Cookbook” by Jim Clark, Ken Beck and Les Kerr. The Whites segregated the truck business from the passenger vehicle business, and the restaurants had rooms reserved for only truck drivers.

In a 2000 feature on White’s Truck Stop, Transport Topics mentioned an extensive collection of knives and guns there, including some Civil War revolvers, a Chicago mobster machine gun from the 1920s, and a World War II infantry bayonet. 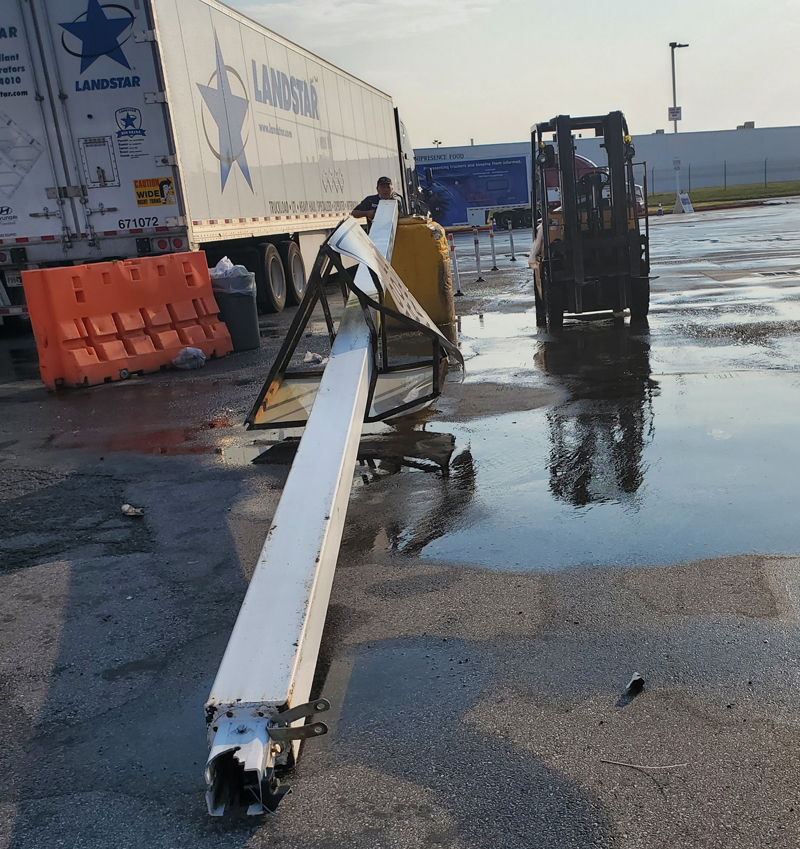 After Raphine, The Spirit is scheduled to stop at the ATHS show in Harrisonburg, Va., before heading south to North Carolina and South Carolina’