After spending some time with OOIDA Board Member Dick Pingel at the Waupun Truck-n-Show, Marty Ellis and the OOIDA tour trailer are scheduled to be at the TA dedicated to Pingel.

Ellis and the Spirit of the American Trucker trailer are scheduled to be at the TA Travel Center in Madison, Wis., through Wednesday, Aug. 18. Pingel has been showing up there too to greet drivers and talk about issues and OOIDA.

The Madison TA is at Exit 132 from I-90/I-94 on Highway 51. It has parking for 118 tractor-trailers. There’s Homestyle Kitchen and Popeyes fast food available there.

The Madison TA was dedicated to Pingel in 2017, when he was named a TA & Petro Citizen Driver. The Citizen Driver program honors exceptional professional commercial drivers who exhibit strong citizenship, community involvement and leadership.

Pingel calls Plover, Wis., home. Plover is 95 miles north of the Madison TA. Pingel was an owner-operator for 46 years, hauling refrigerated LTL freight. He has logged more than 4 million crash-free miles on the road. When he was named a Citizen Driver, he also had been given the 2015 American Highway Hero award from Road Safe America and the Wisconsin Motor Carriers Association President’s Safe Driver Club Award for six years, TA & Petro report.

Ellis was named a Citizen Driver the same year as Pingel.

What truckers are talking about

One thing that seems to be top of mind to a lot of truck drivers is the trend for rising diesel prices. There also have been some truck stops limiting fuel purchases, including Nevada TA Travel Centers in Sparks and Mill City. As of Monday morning, the TA Sparks was still limiting diesel purchases to 60 gallons, according to the Location Updates webpage at TA_Petro.com.

Drivers continue to mention problems with repairs because of parts shortages. One recent story came from a driver with a 2020 Kenworth. He needed some sensors to keep the truck on the road. He was told, though, that the parts wouldn’t be in until September. Luckily for him, that driver had other trucks to cannibalize to get the parts needed to keep the 2020 Kenworth on the road, Ellis said.

Even though there was still remodeling activity on Aug. 9-11when he visited Racine, Wis., Petro Stopping Center, it is a really nice place to stop, Ellis said. The franchise is owned by the Willkomm family, which has operated it for 70 years, according to their website.

“It’s really a nice-looking place now,” Ellis said. “They actually have a bar upstairs with a patio, where you can lookout. It’s a nice view, if it cools down a bit. It’s probably one of the nicer truck stops I’ve been to recently.”

One change that may irk some drivers is that the Racine Petro has gone to all paid parking. Like a lot of truck stops with all paid parking, however, the first two hours are free. That’s enough time for someone to take a shower and grab a bite before they charge you.

A good thing that might be a bad thing, Ellis said, are the kringles available there. Kringles are a Scandinavian pastry filled with fruit.

“The kringles are too good,” he said, and pretty addicting. Such tasty food makes it tough to keep an eye on calories, he admitted.

The Waupun Truck-n-Show over the past weekend (Aug. 13-14) had more than 300 trucks and more than 100 trophies were awarded. Attendance seemed a little weak considering how many trucks were on display, Ellis said, but all in all it was a great show.

Here are a few images from the show. 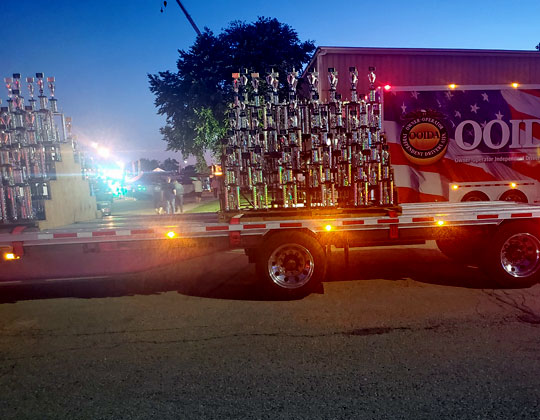 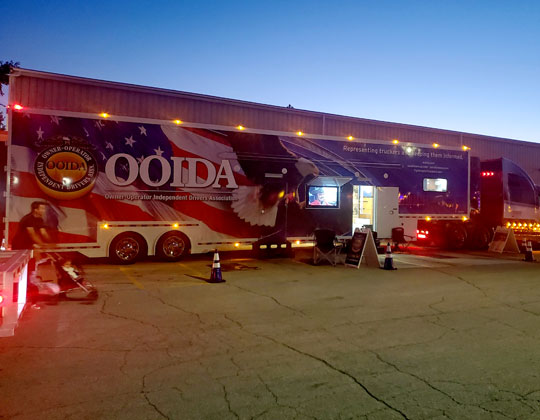 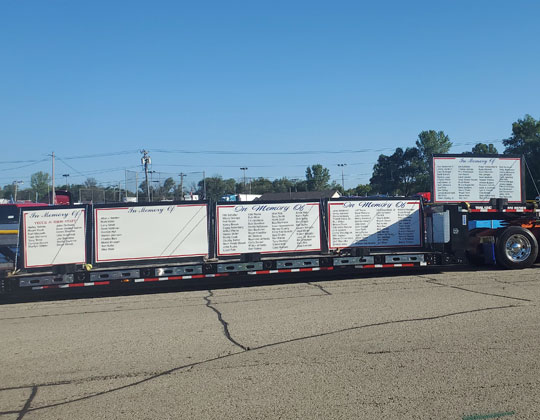 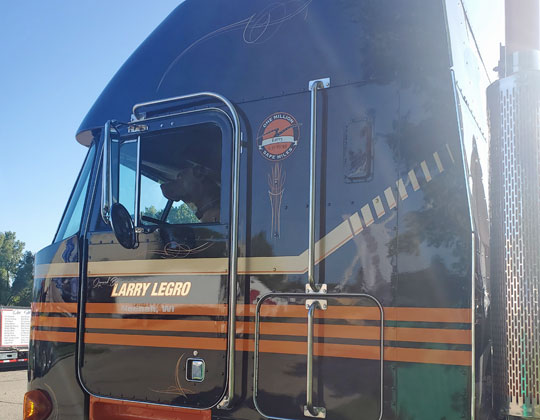 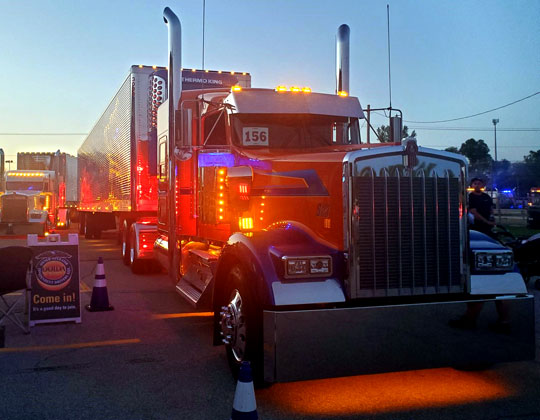 After the stop in Madison, The Spirit is scheduled Aug. 20-22 at the Eau Claire Big Rig Truck Show in Chippewa Falls, Wis. The next stop after the truck show will be at the TA that bears Ellis’ name for being named Citizen Driver, the one in Rogers, Minn.