Shreveport, La., is the next stop for OOIDA’s tour trailer.

The Spirit of the American Trucker is scheduled to be at the Shreveport Petro on March 8-10. It is at the Highway 50 exit from I-20, Exit 8.

There are 218 parking spots for tractor-trailers at the Shreveport Petro. It is good news that the Country Pride sit-down restaurant is open there, says Jon Osburn, skipper of The Spirit, especially because the Iron Skillet was closed at the last stop in Terrell, Texas.

Diesel prices have maintained their rising trajectory, and everyone is noticing and commenting. For the first time since Hurricane Harvey in 2017, Texas has had to truck in fuel from other states, Bloomberg reported earlier this week.

Watching diesel prices go up a nickel or a dime overnight is one thing, Osburn said. Problems at the refineries in Texas make that understandable. However, why the price for Diesel Exhaust Fluid is also going up confounds him. DEF is made up of urea and water.

The Spirit is stopping in Shreveport a little too early for Osburn to check out the Mudbug Madness Festival in downtown Shreveport. It is scheduled for May 28-30. There should be plenty of Cajun music and food

Last year’s civic fundraising event, which is traditionally scheduled for Memorial Day weekend, was canceled because of coronavirus restrictions.

Shreveport is named for Henry Miller Shreve, a steamboat captain who had designed his own steamboat shortly after Robert Fulton crafted the first, according to a PBS account in its “Who Made America” series. Shreve also challenged Fulton’s monopoly on Mississippi River steamboat trade. In addition, he devised a steamboat with a jaw-like device that could pull snags from a river channel. He cleared snags from the Mississippi and Ohio rivers as well as the Red River, which flows through modern-day Shreveport.

If you see OOIDA’s tour trailer, stop by and say hello to Osburn. He enjoys visiting about the Association’s activities and current issues. He usually has copies of Land Line Magazine to hand out. You can join or renew your membership for $10 off the regular price there. Free face masks are available for anyone with a commercial driver’s license at The Spirit. You also can get forms for drivers without medical insurance to get flu, shingles and pneumonia vaccine vouchers at The Spirit.

After Shreveport, The Spirit is scheduled to stop March 12-14 at the Hammond, La., Petro. 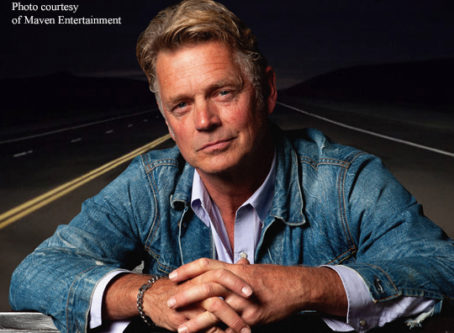 Singer-actor John Schneider, in the public eye since he first starred on “Dukes of Hazzard” in 1979, offers an ode to America’s truckers.

The first stop for Marty Ellis as skipper of OOIDA’s tour trailer is the brand-new Crossroads Truck Meet on April 17 in California, Mo.

OOIDA: Worker classification rule should be tweaked, not rescinded