The road leads home for a short break for the skipper of OOIDA’s tour trailer, the Spirit of the American Trucker.

Jon Osburn, skipper of The Spirit, is scheduled to stop for the weekend in Boise, Idaho, at the TA Travel Center dedicated to him. After three days there, he plans to be at home in Boise for a few days

The Boise TA has 171 truck parking spots. It is right off Broadway Avenue, also U.S. 20.

Jon, who has had his CDL for 30 years, was named a Citizen Driver in 2016. As part of that honor, the Boise TA was dedicated to him. The 2016 class of Citizen Drivers also included Bill Ater Jr., Mary “Candy” Bass, Dennis Litalien, Bill and Robyn Taylor, Bill Underwood and Michael Zanella.

Discussion with truck drivers who stopped by The Spirit in the previous stop in the Portland Ore., area touched on a wide array of topics.

Some drivers, having read Staff Writer Wendy Parker’s commentary on the Swift CEO saying replacing fleet video recorders to improve safety, agreed with her and expressed similar thoughts as hers.

As Wendy said, “machines that go “beep” are no substitute for a solid driver training program.” The idea that relying on video cameras to make Swift “the safest company in the truckload industry the world has ever seen” is delusional.

After the stop in Boise and a little R&R, Jon and The Spirit are scheduled to stop at the Steen Gronlund Petro in Laramie, Wyo. Here is the schedule. 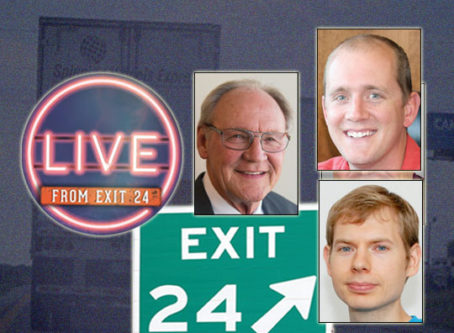 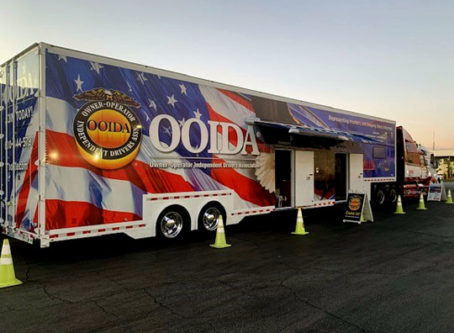 As the name suggests, the next stop for OOIDA’s tour trailer – Ontario, Calif., – does indeed have a connection to the Canadian province. 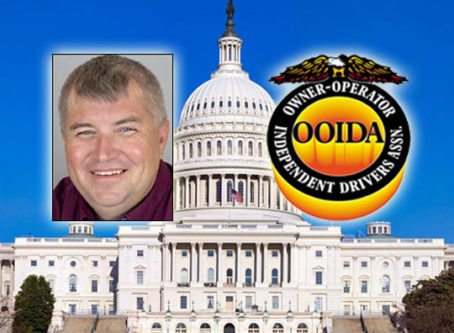