On Friday and Saturday, Marty Ellis plans to show off OOIDA’s tour trailer at the Western Nebraska Truck Show. Then he’s scheduled to head to Rochelle, Ill., putting him in striking distance of TopGun Largecar Shootout truck show in Rantoul, Ill.

The Western Nebraska Truck Show takes place at 9054 NE-88 in Bridgeport, Neb. Bridgeport is north of I-80, about 60 miles from the Wyoming state line. Scottsbluff, Neb., is about 30 miles from Bridgeport. The North Platte River flows just north of Bridgeport.

This is only the second edition of the Western Nebraska Truck Show. It began last year, when many truck shows were sidelined by coronavirus restrictions.

The Western Nebraska Truck Show is presented by Rhys and Melinda Obiedo, owners of Grime Scene Unit, a mobile vehicle detailing business that polishes tractor-trailers based in Scottsbluff. They are raising money for Autism Speaks, a nonprofit organization that sponsors research and awareness programs for autism.

Last year, there were about 40 trucks and 1,000 people in attendance, said Rhys Obiedo. He said they learned a lot about presenting a show last year.

Truck show prizes include belts similar to those for professional wrestling and mixed martial arts tournaments and created by a craftsman who does work for those organizations. Trophies also are being awarded.

In addition to the Western Nebraska Truck Show, Ellis and OOIDA’s tour trailer – the Spirit of the American Trucker – are scheduled to be at several other truck shows this summer, including the following.

After Western Nebraska Truck Show in Bridgeport, Neb., The Spirit is scheduled to stop July 19-21 in Rochelle, Ill., before arriving at the TopGun LargeCar Shootout truck show in Rantoul, Ill., on July 23-25. 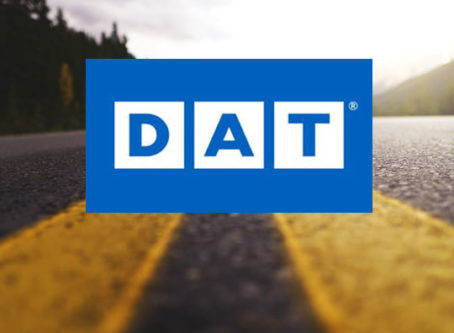 Where’s the good news in the spot market?

It’s mid-July. Demand for trucks is down and rates are soft. So where’s the good news in the spot market? Stephen Petit of DAT tells us.