Marty Ellis expects to see some majestic vintage trucks when he takes the OOIDA tour trailer to Lima, Ohio.

Ellis and the Spirit of the American Trucker on Saturday, May 21, are scheduled to be at the American Truck Historical Society Greater Cincinnati Chapter Truck Show in Honor of Jerry Howard. It is being presented at 696 Hanthorn Road in Lima. It is close to Stoops Freightliner.

“The show is in honor of Jerry, and we will have at least three of Jerry’s trucks there: “El Turbo, his black Mack, and his GMC Cracker Box,” Schroyer told Land Line.

El Turbo is a 1949 Peterbilt 350. It has more than 6 million miles on it, according Duncan Putman Photos, which featured it as a truck of the month in 2017.

The GMC Cracker Box is a 1964 cabover. We found a photo on Flickr.

Howard had a B-75 Mack show truck named Black Jack. Here is a photo of it on Flickr.

Schroyer said he would have free coffee and cookies there in the morning. A door-prize giveaway is planned around noon.

If you have questions about the May 21 show, email dmtransport4@gmail.com.

A feature article on Jerry Howard

The company was started in 1955 by Herman Howard, according to the feature article. He died in 1982, and the business was closed. His son, Jerry Howard, kept the real estate, bought a truck and began long-haul trucking in 1989.

At the time when the feature article was written, he had a collection of trucks ranging from 1946 to the 1970s. His favorite was a 1954 Autocar truck he had named “Midnight.” He had several Autocars, according to an ATHS forum. Also at the time, he had held an open house truck show for 15 years.

This show is a warm-up for the ATHS National Convention and Truck Show on June 9-11 in Springfield, Ill.

Ellis plans to have the OOIDA tour trailer there. Also, Lewie Pugh, executive vice president of OOIDA, plans to make an appearance and so will Ryan Witkowski, Land Line staff writer.

At the stop in New Paris, Ohio, Ellis snapped some photos of some nice-looking trucks.  It almost seemed like it was a truck show – some of them looked that sharp in the photos. 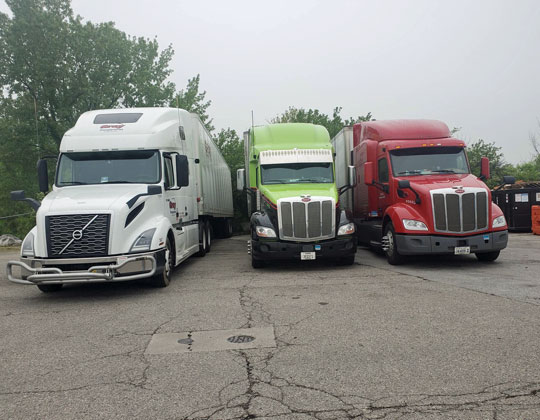 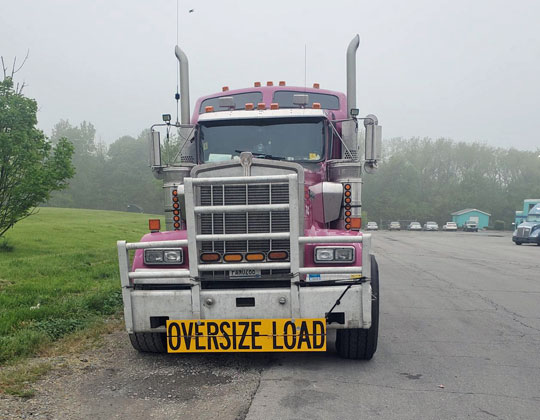 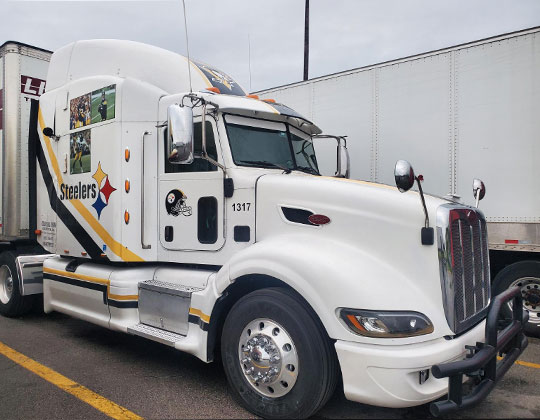 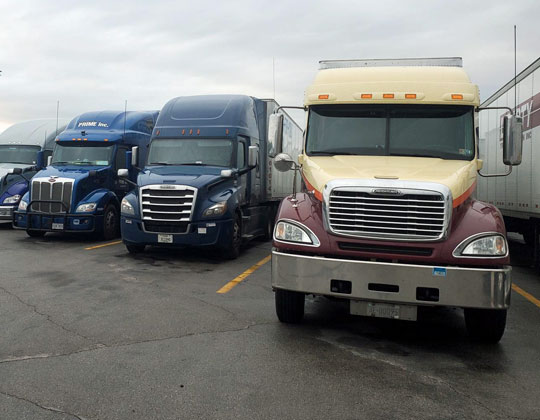 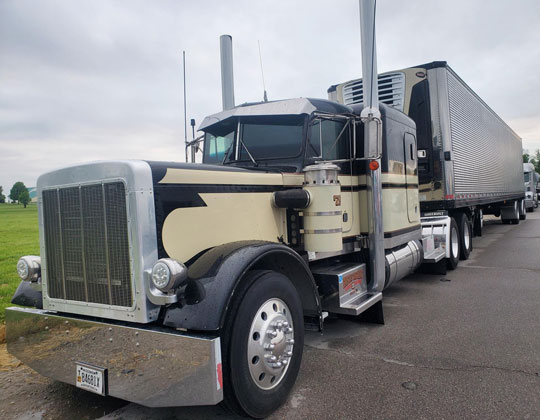 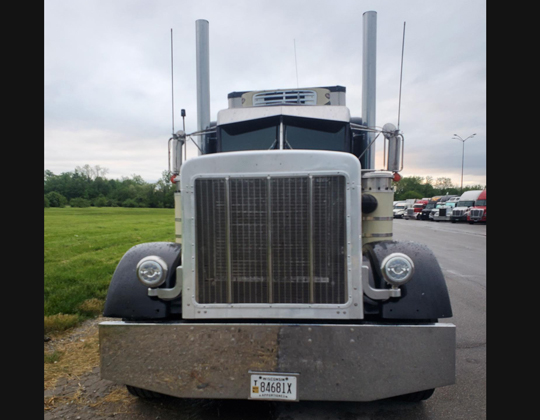 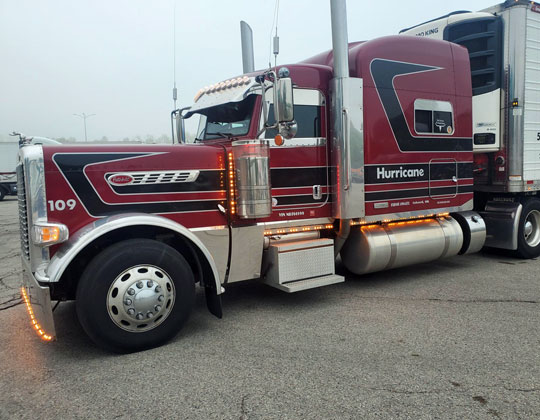 Once the show is over in Lima, Ohio, Ellis plans to take the OOIDA tour trailer to Morris, Ill.

The Spirit of the American Trucker is scheduled on Monday and Tuesday, May 23-24, to be at the TA Travel Center in Morris. It is at the junction of I-80 and Route 47, Exit 112B from the interstate highway.

The Morris TA has parking for 292 tractor-trailers.

There is an R-Place Restaurant full-service diner there. Here is the menu, and by the way there is a bakery there too.