The Owner-Operator Independent Drivers Association is speaking out against a proposal that would allow for “road trains” on North Dakota roadways.

The bill would give the governor authority to allow truck combinations of 200 feet or more and would present both safety and economic concerns to the trucking industry.

That’s according to a letter sent Tuesday, Oct. 7, by OOIDA to state Rep. Dennis Johnson, R-Devil’s Lake, chairman of the Interim Agriculture and Transportation Committee.

As part of their efforts, some North Dakota legislators are asking Congress to allow these longer trucks to operate on the national network.

“Increasing the size and weight of CMVs would reduce safety margins and adversely impact small trucking businesses, which constitute a large and critical segment of the American trucking industry,” Pugh wrote.

The letter states previous weight and length configuration increases have demonstrated bigger trucks don’t lead to higher paychecks for professional drivers. In addition, Pugh warned that any allowances for larger truck combinations are the first step down a slippery slope to increasing operating weights and sizes for other industries and regions. And with increased size and weight come increasing concerns about the infrastructure costs associated with larger and heavier trucks.

“Permitting trucks to operate in larger combinations would have immediate economic implications for small trucking businesses, who would be pressured to increase their hauling capacity just to stay competitive,” he wrote.

In addition, Pugh wrote that the Association rejects “any notion that there is a shortage of truck drivers, and proposed solutions to address this nonexistent problem would only make the trucking industry less attractive for small-business truckers and professional drivers.”

“The notion of a driver shortage is not supported by facts, data, or reputable research,” the letter states. “Instead, there is a shortage of decent pay and satisfactory working conditions for drivers that generates exceedingly high levels of turnover within the industry and ultimately forces many truckers away.” LL 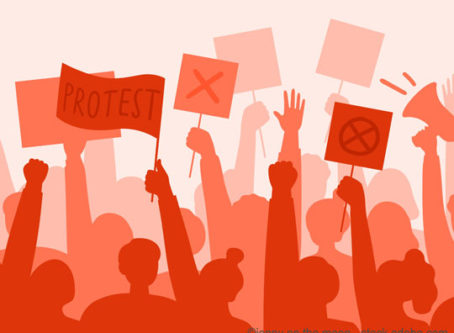 The professional price of protesting peacefully, from legal implications to insurance ones. Also, FAQs about the VIUS.