The continued reliance on voluntary reporting from automated driving system manufacturers is not going to cut it, the Owner-Operator Independent Drivers Association says.

In formal comments sent to the National Highway Traffic Safety Administration earlier this month, OOIDA said that any process to advance automated technology should be met with mandatory data transparency from manufacturers.

“NHTSA must employ standards that ensure safety performance above all else,” OOIDA President Todd Spencer wrote. “Given the fact that there have already been a number of crashes involving ADS failures on our nation’s roads, NHTSA must develop standards that are based on documented research and testing data. The continued reliance on voluntary safety reporting from ADS manufacturers will not effectively build trust, acceptance, and confidence in testing and deployment of these systems.”

In December, NHTSA published a notice looking at the development of a framework for Automated Driving System safety. On Jan. 28, the agency announced that it had accepted a request from Venable LLP to extend the comment period for 60 days.

OOIDA and other groups have raised concerns about rushing into automation before the technology is ready. A recent study was critical on drivers’ overreliance on automation.

“The use of unproven automated technologies on our highways poses a significant threat to small-business truckers, and we urge you to take action to protect all road users with greater transparency and oversight of their development,” OOIDA wrote.

The Association noted that NHTSA has failed to exercise sufficient oversight of Tesla’s Full Self-Driving system.

“Tesla has offered only vague, incomplete, and misleading information about the reliability of its automated technologies, and this information gives no indication whether they are safe or being used according to their design,” OOIDA wrote. “Without comprehensive reporting requirements, we will never know how many or what types of accidents, crashes, and injuries this technology causes.

“ADS developers and manufacturers should be required to report safety performance, and full disclosure should be mandatory.”

“Professional truckers have a keen interest in the development and deployment of autonomous vehicles as these technologies have the potential to drastically change the trucking industry, in particular its workforce,” OOIDA wrote in comments signed by President Todd Spencer. “The DOT’s AV Comprehensive Plan attempts to outline the integration of automated driving systems into the surface transportation system but still maintains a voluntary approach that has failed to provide necessary transparency about actual safety performance.” LL 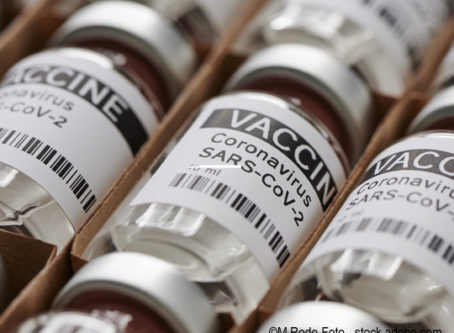 The White House issued guidance last week that would require most federal contractors and subcontractors to be vaccinated from COVID-19 by Dec. 8.

Clock is ticking for Congress to pass infrastructure bill

The clock is ticking for Congress to pass an infrastructure bill as the current surface reauthorization bill expires at the end of September.