OOIDA Board Member honored as essential worker during RNC

As part of a Republican National Convention video honoring essential workers during the COVID-19 pandemic, OOIDA Board Member Monte Wiederhold represented the truck drivers who are keeping freight moving across the country.

Wiederhold joined President Donald Trump and six other front-line workers in the 5-minute, 27-second video that was broadcast nationally as part of the convention on Monday, Aug. 24.

“These are the incredible workers that helped us so much with the COVID … These are great, great people,” Trump said. “(They are) doctors, nurses, firemen, policemen. We want to thank you and all of the people you represent.”

Wiederhold, who started his trucking career in 1974 and joined OOIDA in 1983, was like many truckers across the nation who continued to haul freight as the virus rapidly spread across the United States in March and throughout the spring and summer.

“I own a small business in Ohio, hauling steel mostly,” Wiederhold told the president in the segment that was filmed on Sunday, Aug. 23, at the White House. “Some of our customers actually made hospital beds with the material.”

Off camera, Wiederhold said the president acted like an everyday guy.

“The president walked in and he was just like, ‘How are you guys doing?’ He was very laid back and nonchalant. Then he started telling that the essential workers are really heroes. ‘Without you, we’d be in terrible shape,’ he told us.”

When Wiederhold received an email last week about taking part in the segment, he wasn’t sure what to think.

Once he confirmed that the request was on the level, things started to move extremely fast. Wiederhold made the seven-hour drive to Washington, D.C., and arrived on Sunday morning.

Before entering the White House, he had to pass a security check and get tested for the coronavirus. By about 2:30 p.m., Wiederhold and the other essential workers were let in to the White House’s Green Room.

“I was pinching myself to see if I was really there,” Wiederhold said.

The OOIDA life member has been active in Washington, D.C., in recent years. He testified at a House Small Business Committee hearing in 2017, and he was part of an OOIDA contingent that attended the Fourth of July “Salute to America” that took place on the White House lawn this summer.

“I owe a great deal to OOIDA,” Wiederhold said. “The things I’ve been able to experience since being a board member is a bit overwhelming. Testifying before the House Small Business Committee, going to the White House on the Fourth of July, and now getting to meet the president and represent all of the truckers as essential workers.” 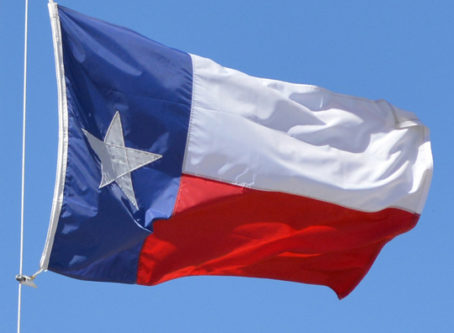 Voters in Texas locales around the state will decide next week whether to use taxes or bonds to aid transportation work.