That’s according to a preliminary report from the National Transportation Safety Board released last week.

NTE Mobility Partners, a consortium of companies that includes Cintra US, was responsible for operations and maintenance in the I-35W right-of-way, which included toll lanes, general-use lanes, and frontage roads, according to the preliminary report.

The crash began at about 6 a.m. on Thursday, Feb. 11, in the southbound toll lanes of I-35W in Fort Worth. The crash happened near the exit to Northside Drive and involved more than 140 vehicles, including 32 tractor-trailers. It resulted in six fatalities. Two of the fatally injured people were pedestrians who exited their vehicles and were struck on the road. The other fatally injured people had remained inside their vehicles. Thirty-six individuals were transported to area hospitals for treatment of their injuries.

In the days before the crash, the area had experienced 36 consecutive hours of below freezing temperatures, according to the NTSB.

“In anticipation of forecast freezing rain and sleet, NTE Mobility Partners Segment 3 (NTEMP S3) reported that they had pretreated the traffic lanes with an Ice Slicer NM brine solution,” the report states. “The solution was applied to the two southbound toll lanes in the vicinity of the crash on February 9 at 10:12 a.m.”

The brine solution is 90% to 98% sodium chloride, according to the NTSB.

NTE Mobility Partners, through a separate legal entity, owns and operates other toll lanes along Interstate 820 and state Highway 183 in the Fort Worth area.

The report goes on to note that a weather station at Fort Worth Meacham International Airport, about 3 miles northwest of the crash site, reported light freezing rain and freezing mist in the hours leading up to the crash.

“At 3:40 a.m., the dynamic message signs managed by NTEMP S3 along the southbound toll lanes began displaying the message, ‘ICY CONDITIONS EXIST/PLEASE USE CAUTION,’” the report stated. “The message was based on information from an earlier crash at 3:08 a.m., when icy road conditions existed at I-35W and Western Center Boulevard, about 5 miles north of the crash site.”

A final report could be released later this year. LL 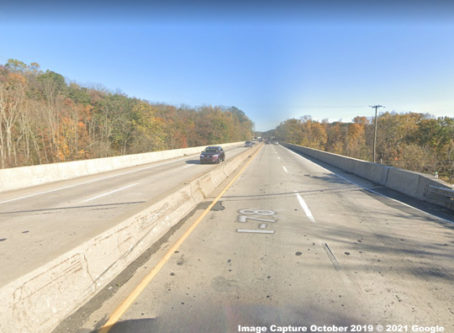