A $30 million verdict was vacated Jan. 20 in the case of Rodolfo Plascencia et al. v. Charles Gynn Deese et al., based upon a ruling by a three-judge Court of Appeal panel for the Second District of California.

The court ruling stated that plantiffs’ counsel violated a pretrial order by invoking the “golden rule” when asking the jury to “imagine” if they were in his clients’ position as part of closing arguments.

It was the opinion of the California appeals court, “Cases should be decided upon the facts and the law only. The golden rule argument and attacks on defense counsel were designed to, and did, impugn the integrity of appellants’ trial counsel.”

The lawsuit accused the commercial driver, Deese, and his employer, Flat Creek Transportation, of partially causing the death of 20-year-old Jocelyne Plascencia by negligently parking a tractor-trailer by a fruit stand on the side of a highway.

If the rig was not parked on the side of the highway for a nonemergency reason, Plascencia’s vehicle would not have collided with it when she tried to avoid the vehicle of Anita Newcomb, who made an illegal U-turn; according to the lawsuit filed by the motorist’s parents.

Deese argued he pulled over to check the engine of his truck after smelling hot oil. Surveillance video showed he did not open the truck’s hood but walked over to the fruit stand seconds before the crash, according to court records.

Newcomb settled out of court for more than $2.4 million.

It was the appeals court panel’s opinion the verdict amount was influenced by misconduct and improper arguments and not reduced by the comparative fault of settling defendants. This error required a reversal, the court determined. 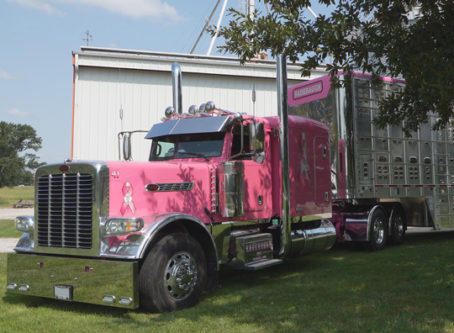