Use of automated cameras to ticket drivers have received approval in recent months in multiple statehouses.

More than 500 communities around the country use red-light and/or speed cameras to nab drivers who disobey traffic rules, the Insurance Institute of Highway Safety reports.

A new law in Maryland covers the use of speed monitoring systems in the Baltimore area.

The new law permits one camera to be posted northbound and one to be posted southbound on the Jones Falls Expressway.

Use of the devices along the stretch of I-83 was permitted as early as June 1. Warning notices would be issued for the first 90 days.

Revenue from fines collected would be used for operation of the cameras and for roadway improvements on the Jones Falls Expressway.

Natasha Mehu of the mayor’s office has said speed cameras are necessary.

“Traditional methods of speed enforcement are not possible on I-83 within Baltimore City due to the existing width of roadway shoulders, the inability to widen shoulders due to fiscal and engineering constraints, and resource challenges of the Baltimore Police Department,” Mehu wrote in testimony.

Governors in Oregon and Hawaii have also acted to address the topic of automated cameras to ticket drivers.

In Oregon, Gov. Kate Brown signed into law a bill to make permanent the city of Portland’s speed radar program.

There are 11 cities in Oregon, including Portland, where photo radar is permitted on segments of roads. Police are required to review potential violations. Tickets are issued for violators exceeding the posted speed by more than 10 mph.

HB2530 eliminates the 2024 sunset date for the city of Portland’s program.

Additionally, authorization for speed cameras is extended to all cities with populations of at least 50,000. The change affects about a dozen locales.

The new authorization takes effect the first of the year.

In 2020, state lawmakers approved the use of red light cameras for the capitol city but the legislation did not fully fund the program.

Previously HB766, the new law allows the Hawaii Department of Transportation to install ticket cameras at 10 intersections around the city. Red-light runners would face fines up to $500. 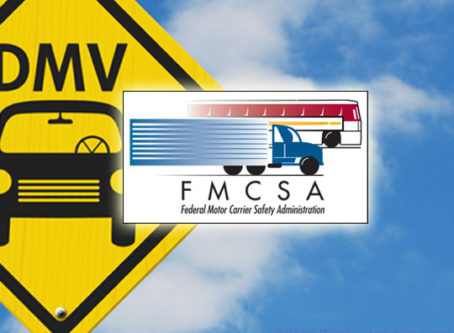 The FMCSA will allow states to extend CDLs through November and has extended its hours of service emergency declaration, with some changes.