A trucking lawsuit against carrier New Prime that has lasted five years and prompted a decision by the U.S. Supreme Court could be nearing an end.

A $28 million settlement agreement in truck driver Dominic Oliveira’s class action lawsuit against New Prime was filed in Massachusetts federal court on Monday, July 20. The lawsuit alleged that the Springfield, Mo.-based trucking company violated the Fair Labor Standards Act. According to Oliveira, New Prime paid him less than minimum wage. After deductions for fuel and lease payments on the truck, Oliveira said he was occasionally left owing the company money at the end of the pay period.

In 2013, Oliveira entered New Prime’s truck driver apprenticeship program, where drivers must attend a four-day orientation and log 10,000 unpaid miles as a driver or passenger. After completing the supervised driving period, court documents said New Prime required a student driver to take the examination for a commercial driver’s license and then drive 30,000 more miles as a B2 company driver trainee. B2 drivers were paid 14 cents per mile. After finishing the program, Oliveira became an independent contractor.

According to Oliveira’s lawsuit, Success Leasing, which is a separate company from New Prime but located in the same building, leased Oliveira a truck and then directed him to New Prime’s company store to purchase fuel and equipment for about $5,000.

Because of the independent contractor label, New Prime deducted from Oliveira’s check many costs the company would usually pay, such as the lease for the truck, fuel and insurance. Oliveira said there were pay periods when he had to pay the company to drive for them.

In 2015, Oliveira filed a class-action lawsuit against New Prime, alleging that the company violated wage laws and misclassified him, as well as others, as independent contractors. New Prime moved to force arbitration, citing an arbitration contract that all of its drivers are required to sign.

Instead of agreeing to arbitration, Oliveira took the case to the U.S. Court of Appeals for the First Circuit. Oliveira’s attorneys argued that, whether or not you viewed Oliveira as an employee or an independent contractor, he was exempt from the Federal Arbitration Act.

“The Federal Arbitration Act (of 1925) prohibits courts from applying the statute to the ‘contracts of employment of seamen, railroad employees or any other class of workers engaged in interstate commerce,” Oliveira’s attorneys wrote. “When the FAA passed, the ordinary meaning of these words was that the statute does not apply to transportation workers’ agreements to perform work.”

The First Circuit agreed, ruling that the exemption did apply to independent contractors.

Prime petitioned the Supreme Court, saying the First Circuit’s decision would deprive both companies and workers in the transportation industry of the benefits of the FAA. On Feb. 26, 2018, the Supreme Court elected to hear the case.

In January 2019, the Supreme Court sided with Oliveira.

“When Congress enacted the Arbitration Act in 1925, the term ‘contracts of employment’ referred to agreements to perform work,” Supreme Court Justice Neil Gorsuch wrote in the opinion. “No less than those who came before him, Mr. Oliveira is entitled to the benefit of that same understanding today. Accordingly, his agreement with New Prime falls within (the) exception. The court of appeals was correct that it lacked authority under the act to order arbitration.”

Back to district court

The ruling by the U.S. Supreme Court was only one step in the Oliveira. While it stopped New Prime from forcing arbitration, it did not equal a win for Oliveira and other truck drivers for New Prime.

In a previous interview with Land Line, Oliveira said the case was about more than money and he hoped it would prevent truck drivers from being paid an unfair wage in the future.

“It’s all for the benefit of the drivers,” he said. “We all love money, but, honestly, it’s more about the principle than anything.” 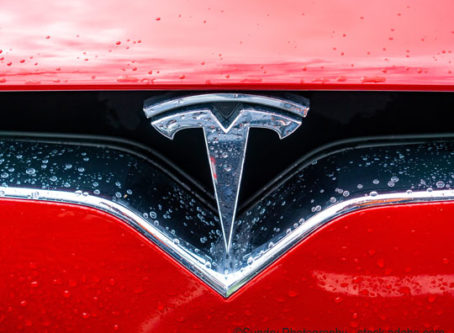