A new bill introduced in Congress on Friday aims to provide some very narrow reforms to the hours-of-service regulations that would mostly benefit short-haul operations.

The bill – called the Honest Operators Undertake Road Safety or HOURS Act – was introduced by Arkansas Republicans Rep. Rick Crawford and Rep. Bruce Westerman, and Rep. Sanford Bishop, D-Ga. Its main provisions would exempt drivers hauling livestock or agricultural products from the HOS rules within 150 air miles of the source of their load.

It would exempt short-haul trucking operations from the ELD mandate if they operate exclusively within 150 air-miles of their reporting location and complete their work day in 14 hours. Additional components would require drivers to only verify the start and end time of their daily on-duty period and push the FMCSA to speed up changes to the split-sleeper berth rule.

The Owner-Operator Independent Drivers Association finds aspects of the new legislation puzzling. However, the Association is also supportive of efforts to reform HOS, something OOIDA has been working toward since February.

“It’s a bit paradoxical that legislation which seeks to provide exemptions to the ELD mandate has been introduced by lawmakers who originally championed and repeatedly defended the mandate. Crawford and Westerman are apparently so anxious to do ATA’s bidding that they are blind to their own hypocrisy,” said OOIDA President Todd Spencer. “That said, we support pushing FMCSA to reinstate sleeper berth flexibility and reduce its supporting documents requirements.”

Countering a trend of increasing rigidness in regulations that subsequently are not improving the crash rates on the highways, OOIDA filed a petition in February calling for a reform of the hours-of-service regulations.

The Association submitted the formal petition on Feb. 13, with U.S. Department of Transportation Secretary Elaine Chao and Federal Motor Carrier Safety Administration Deputy Administrator Cathy Gautreaux. Administrator Ray Martinez had yet to be confirmed by the Senate at the time of the petition.

Truckers have long contended with the disastrous effects of the rigid 14-hour ticking time bomb of on-duty time. Forced to continue working and maybe even driving when weather, traffic or their own personal physical conditions would dictate otherwise, drivers have long called for flexibility in the 14-hour clock.

To tackle this, OOIDA asks the agency to consider a revision to the inability of drivers to stop the 14-hour clock.

The petition suggests the regulations be modified to allow drivers to take a rest break once per 14-hour duty period for up to three consecutive hours as long as the driver is off-duty.

“This rest break would effectively stop the 14-hour clock. However, drivers would still need to log 10 consecutive hours off duty before the start of their next work shift,” the petition states.

OOIDA leadership points out that drivers could use the ability to stop the clock to avoid periods of high congestion or bad weather. That time would be off-duty, allowing the driver to take an extended rest break during the day without pushing through fatigue because of the unrelenting 14-hour on-duty clock.

The Texas Republican introduced a bill modifying the hours of service in the U.S. House of Representatives on March 29. HR5417, the Responsible and Effective Standards for Truckers Act or the REST Act, if passed would add flexibility to the HOS regulations, allowing truckers more time to rest throughout the day. The bill currently has 19 cosponsors. It is currently before the House Subcommittee on Highways and Transit.

HR5417 aims to change the hours-of-service regulations to allow drivers to pause the 14-hour on-duty clock for up to three hours once per duty period. It also eliminates the mandatory 30-minute rest break. The bill does not seek to increase the number of hours drivers can be behind the wheel.

“The current hours-of-service requirements have not resulted in statistical improvements to
highway safety. Rather than decrease, the total number of crashes involving large trucks, as well as fatal crashes involving large trucks, has increased since the introduction of the current hours-of-service requirements,” the bill language states.

“Greater flexibility in hours-of-service requirements would better allow professional drivers to rest when they feel it appropriate and avoid congestion, adverse weather conditions, or other road conditions that decrease safety.”

The bill would be a congressional fix to the HOS regs, while a recent OOIDA petition for rulemaking submitted to FMCSA in February seeks identical changes through a regulatory fix. 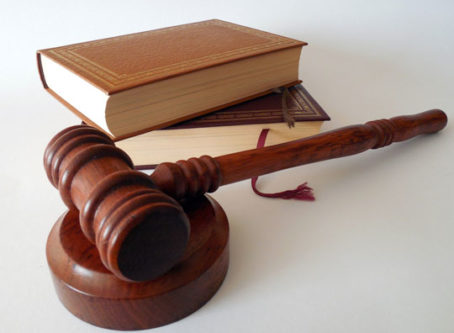 Prime Insurance, representing a trucking company in a crash lawsuit, is suing its attorneys for malpractice, claiming the loss was their fault.