Since 1999, the state has collected a 21.5-cent excise tax on gas purchases. A 22-cent rate has been collected on diesel purchases.

Effective Tuesday, a wholesale tax will be collected on fuel purchases. The additional tax amounts to a 3-cent-per-gallon gas tax increase to 24.5 cents. The diesel tax is up 6 cents to 28.5 cents.

The new Arkansas fuel tax will also be indexed to increase by up to one-tenth cent per year over the next decade.

The change in fuel tax collection is part of legislation signed into law earlier this year by Gov. Asa Hutchinson. The additional tax rate collections are estimated to raise $95 million annually for the Arkansas Department of Transportation. Another $13 million will be raised for cities and counties to do road work.

About one-third of the revenue will come from the new wholesale tax.

Current base registration fees range from $17 to $30.

Increasing registration fees for hybrid and electric vehicles will raise $1.9 million per year.

In addition to the alternative fuel vehicle fees and new Arkansas fuel tax rates, the state DOT now can claim a portion of casino tax revenue.

Any tax revenue beyond $31.2 million annually will be diverted to roads. ArDOT is guaranteed a minimum of $35 million each year. 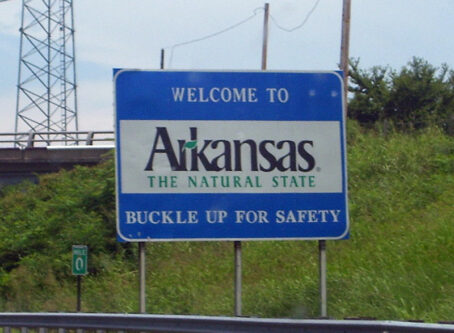