Nate Lawrence spent many years building haunted houses and movie sets across the United States, and even in Canada.

So, how did he end up with one of the most talked-about trucks at the Guilty By Association Truck Show in Joplin, Mo.?

Well, this isn’t your everyday truck.

Lawrence built this truck to be identical to the “Green Goblin” truck from the 1986 movie, “Maximum Overdrive,” written and directed by Stephen King.

To say Lawrence is a fan of the movie is quite the understatement.

“When the movie came out, I was about 7 or 8 years old, and it scared the fire out of me like it did every other little kid,” Lawrence said. “But just that Detroit sound, it really sticks in your mind.”

It stuck in Lawrence’s mind so much that he went through nearly a dozen trucks before finding the perfect truck to build out. Inevitably, there were plenty of obstacles throughout the process.

“I built haunted houses and movie sets for the last 10 years,” Lawrence said. “The hardest part of everything is what you don’t think about until the last minute. On the truck it was the windshield because the cab was built in Canada, so it was actually two inches shorter. We spent six weeks trying to find windshields.”

As luck would have it, Lawrence ended up finding the windshield in Tulsa, Okla., some 60 miles from where he resides and just in time for the grand unveiling at GBATS.

The unveiling included appearances by actors Barry Bell and Patrick Miller from the movie. Similarly, Lawrence said he plans to take the truck to the Mid-America Trucking Show in Louisville, Ky., and the Great American Trucking Show in Dallas, among other shows.

“Barry and Patrick were in the movie, and they agreed to travel with the truck as well,” Lawrence said. “We’re 100% for the fans. We’re not trying to make a profit off it. Anywhere we can take the truck to benefit anybody, we will.”

However, it’s not just the fans who stand to benefit as evidence by the response at GBATS.

“I was actually blown away by the reaction,” Lawrence said. “I had a fan come up and tell me they drove all night from Omaha, Neb., just to see the truck. And another hundred people have told me this truck is the reason they came to the show. There are a lot of beautiful trucks here, so for somebody to say that it’s really humbling.”

That response only reinforced that Lawrence has made the right decision with his next project – a replica of the school bus from the movie – which he said is already in the works.

“We’re just going to stick with this theme and see what we can do,” Lawrence said. “When they do a reboot, they know who to call.”

Land Line hopes to be at that unveiling as well. LL 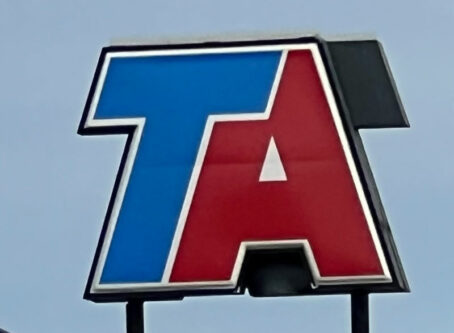