Efforts at the Missouri statehouse continue to move forward to help address the state’s $825 million gap in annual road and bridge funding.

Among the recommendations is a fuel tax increase. Specifically, the group touted raising the state’s 17-cent-per-gallon tax rate on gas and diesel by 10 cents for gas and 12 cents for diesel.

Each penny increase in the fuel excise tax is estimated to raise up to $40 million.

With that in mind, multiple measures call for tapping the revenue source for more money.

Senate considers series of tax increases
The full Senate could soon take up for consideration a tax reform bill. One component of the bill, SB617, would increase the fuel tax rate by 2-cent increments over three years. The tax rate would be raised to 23 cents by August 2020.

An additional increase of 4 cents per gallon would be permitted if an income tax cut is triggered by a proposed rule change.

Phasing in the tax increase would also avoid requiring the state to get voter approval.

The state’s Hancock Amendment mandates that any proposed rate hike in excess of two cents must go before voters for final approval. A similar requirement is in place for efforts to add tolls.

Also included in the 279-page bill are reductions in individual income tax and corporate tax rates.

Sen. Bill Eigel, R-Weldon Springs, has said the bill would lower the overall tax burden for Missourians. He calls the effort “a good compromise.”

Another Senate bill calls for raising the state’s fuel tax rate by 10 cents for gas and diesel.

The Senate Transportation Committee has voted to advance the bill, SB734, to the chamber floor. If approved there it would head to the House.

Passage at the statehouse, however, would not make the rate increase a done deal. Voter approval would be required.

House considers plans to raise fuel taxes
On the other side of the statehouse, the House Transportation Committee has advanced five pieces of legislation to increase fuel tax rates.

The first bill, HB2091, would have voters decide this fall on a 10-cent fuel tax increase. Alternative fuels also would be taxed at a similar rate.

When fully implemented, the rate increase is estimated to raise $293 million annually for state roads and $128 million for local roads.

Supporters say the bill would provide badly needed funding for transportation work. They point out there has been no adjustment of fuel taxes for inflation for decades. Another point made is that additional funding is necessary for the repair of roads and bridges to ensure the states maximizes federal matching funds.

The second bill, HB2092, would have voters decide on a 10-cent gas tax increase and a 12-cent diesel rate hike.

Another bill, HB2148, would have voters decide on a 10-cent fuel tax increase phased in over three years at 2-cent increments. Alternative fuels would also be increased from 5 cents to 23 cents by 2025.

A separate effort, HJR96, proposes a constitutional amendment to raise the fuel rate to 27 cents.

One more measure, HJR97, proposes a constitutional amendment to raise the gas rate to 27 cents and the diesel rate to 29 cents.

Truck groups in the state support efforts to raise revenue for transportation work. OOIDA and the Missouri Trucking Association, however, have called for any tax rate increase to be applied evenly for motorists and truck drivers.

OOIDA argues that increasing the fuel tax is the most equitable way to generate additional revenue, explains Director of State Legislative Affairs Mike Matousek. He adds that a fuel tax increase is the only realistic option for the state.

Other options
The House voted 91-61 to advance a major tax package that includes an increase to vehicle fees to get road work done.

Professional drivers would be affected by changes that include the cost for commercial written and driving tests increasing from $25 to $59 and third-party tester fees being raised from $100 to $236.

The 442-page bill awaits assignment to committee in the Senate.

Separately, the House Transportation Committee has approved a resolution to ask voters whether the state should divert fuel tax revenue earmarked for the Missouri Highway Patrol instead toward road projects.

HJR84 would replace the lost revenue for troopers via a 0.4 percent sales tax increase.

The measure awaits further action on the House floor. 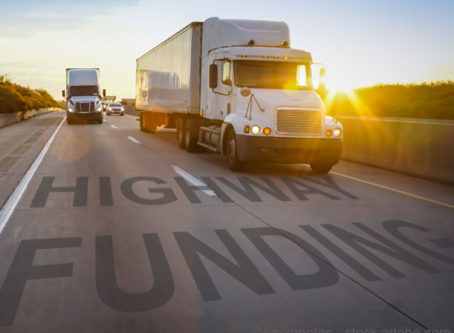