About a month remains until Missouri state lawmakers return to the capitol to gavel the 2020 legislative session. Multiple legislators already are taking steps to get enacted a fuel tax increase.

For years elected officials in the Show-Me State have touted the need to come up with a long-term funding plan to help the state complete road and bridge projects. The state’s 17-cent fuel tax rate has remained unchanged since 1994.

Despite the near unanimous viewpoint that more money is needed, nothing significant has been accomplished.

Hopeful that legislators will be willing to do more for the state’s transportation system, one state senator and three state representatives representing both parties have filed legislation to bump up the state’s fuel tax rate.

The tax rates would also be adjusted annually for inflation, which would allow for regular increases.

Rep. Kip Kendrick, D-Columbia, has filed a bill to raise the current tax rate for gas and diesel by 2 cents. HB1433 would keep the tax rate at 19 cents through 2030. At that time, the tax would be decrease to 18 cents per gallon.

Also included in the bill is a $450 million bond measure for road work.

A separate bill filed by Rep. Joe Runions, D-Grandview, would raise the fuel tax rate by 6 cents to 23 cents per gallon. HB1476 would increase taxes by 2-cent increments over three years.

One more bill, from Rep. Steve Butz, D-St. Louis, would go a step further. HB1477 would raise the tax rate by 10 cents over five years.

The final tax increase would take effect in 2025, at which time the tax rate would settle at 27 cents.

Each of the efforts to raise the gas tax would avoid a requirement to get voter approval. The state’s Hancock Amendment mandates that any proposed rate hike in excess of 2 cents must go before voters for final approval.

The diesel tax increase in SB539 would need voter approval.

Additional lawmakers are expected to offer their own efforts to raise fuel tax rates.

All legislation can be considered during the regular session that begins Jan. 8.

The Owner-Operator Independent Drivers Association says the transportation funding predicament that Missouri finds itself in will not be easy to resolve.

Missouri’s state gas/diesel tax rate hasn’t been increased since the early 90’s,” said OOIDA Manager of Government Affairs Mike Matousek. “While several proposals have been considered to address the state’s transportation infrastructure needs, they’ve either been rejected by the legislature itself or Missouri voters.”

Matousek adds that until a long term solution is enacted, the situation will continue into the foreseeable future.

“Our goal is to make sure whatever is considered would be equitable for truckers, which means we’ll continue to oppose the expansion of toll roads and disproportional tax increases to diesel.” 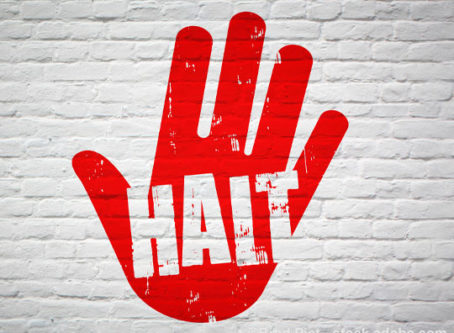 OOIDA has long said the future of California’s independent contractors would ultimately be decided in the courts, and this week a federal judge stepped in.