Mexico became the first country to ratify the U.S.-Mexico-Canada Agreement, putting NAFTA 2.0 a third of the way to the finish line. It is now up to the United States and Canada to ratify the trade agreement.

On Wednesday, June 19, Mexico’s Senate ratified USMCA with a 114-4 vote. All three countries must ratify the trade agreement through their respective legislatures before it becomes official and goes into effect.

“In presenting the opinion, Sen. Hector Vasconcelos, president of the Foreign Relations Commission, acknowledged all the political forces represented in the Senate for having put Mexico’s interests before any partisan or individual position,” the Mexican Senate said in a statement. “With this approval, he affirmed, history is made.”

Meanwhile in the United States, many Democrats are holding up U.S. ratification until their demands that labor and environmental laws in Mexico be enforced are met. Democrats claim the language in the agreement does not provide enough accountability for those laws.

“The USMCA is the strongest and most advanced trade agreement ever negotiated,” U.S. Trade Representative Robert Lighthizer said in a statement. “It is good for the United States, Mexico, and Canada in a way that truly benefits our workers, farmers, and businesses. The USMCA’s ratification by Mexico is a crucial step forward, and I congratulate President López Obrador and the Mexican Senate on this historic achievement.”

During a Senate Committee on Finance hearing on June 18 regarding President Donald Trump’s trade policy agenda and USMCA, Sen. Chuck Grassley, R-Iowa, said that NAFTA has been critical to the success of Iowa farmers and businesses.

“President Trump and Ambassador Lighthizer delivered a solid deal to enhance this critical relationship with our good neighbors,” Grassley said. “Now Congress must act to implement USMCA. As Ambassador Lighthizer said earlier this year, doing so will enhance the credibility of our global trade agenda. And it provides some much needed certainty to American farmers and businesses.”

Sen Ron Wyden, D-Ore., acknowledged that it is “past time for an overhaul” of NAFTA. However, he made clear what needs to be fixed before Democrats can get behind USMCA.

“But particularly when it comes to enforcement, there’s some hard work left to be done,” Wyden said. “Commitments from other countries aren’t any good if there’s no way of holding those countries to them. The new NAFTA retains a weak enforcement system from the old NAFTA, which was too easy on trade cheats. That’s a bad deal for American workers, particularly the enforcement of labor obligations.”

Grassley asked Lighthizer to assure that all provisions within the USMCA are enforceable.

“Let me say first of all, the agreement is completely enforceable,” Lighthizer said. “We have a process of panel decisions like you have in most trade agreements.”

When asked about when Congress will get to vote on USMCA, Lighthizer said that within the next couple of weeks substantial progress will be made. However, he gave no specific timeline regarding ratification. 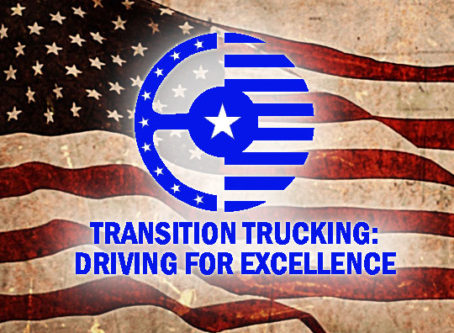