MCSAC Day 2: ‘Truck drivers need to be paid for their time, just like everyone else’

On the second and final day of its virtual meeting, members of FMCSA’s Motor Carrier Safety Advisory Committee spent their morning discussing the impact of an aging workforce in the trucking industry.

Just as it happened on Day 1 of the committee meeting, the conversation quickly shifted from a perception of a driver shortage to the issue of driver retention and providing a safe working environment.

“After the recent DOT roundtable and this week’s MCSAC meeting, FMCSA should have plenty of ideas about how to start making trucking a more appealing long-term career, such as actually valuing a driver’s time, more equitable compensation methods and levels, along with meaningful, comprehensive driver training just to name a few,” said Jay Grimes, OOIDA’s director of federal affairs.

Grimes, who attended both days of the committee’s virtual meetings, also noted that this was the first MCSAC meeting that included participation from the Driver Subcommittee formed earlier this year, which provided real-world perspectives on the daily challenges drivers have to deal with. OOIDA President Todd Spencer will chair the Driver Subcommittee meeting, which includes a panel of 25 individuals from broad segments of the industry.

“We hope FMCSA will be listening next week when the full Subcommittee convenes to further discuss driver workforce needs,” Grimes said.

Tuesday morning’s task was to provide feedback to the Federal Motor Carrier Safety Administration about the aging demographic of the commercial motor vehicle driver workforce on the truck and bus industries and “whether this trend will exacerbate the driver shortage problem.”

The talk quickly turned to a discussion of the working conditions that many drivers face – long hours, low pay, and a lack of access to safe parking and healthy meals.

As a result of these conditions, many CDL holders have left the industry.

“The nightly struggle for so many is being able to get off the road and find a safe place to park… those are all issues that contribute to the turnover of good, safe, seasoned professional drivers opting for another career,” OOIDA’s Spencer said during the discussion. “And those things are going to exist for new people coming into the industry too.

Spencer also urged MCSAC to make the recommendation that the overtime exemption for truck drivers under the Fair Labor Standards Act be abolished.

Other members of the committee expressed their support for paying truck drivers for more than just the miles they drive, a position advocated by economist Michael Belzer, who presented to the committee on Monday.

“Truck drivers need to be paid for the time, just like everyone else is,” said Steve Owings, president and founder of the safety advocate group Road Safe America.

Members also pointed out an alarming trend in recent years – the number of large vehicle occupant fatalities continues to climb.

“If people don’t feel safe at the workplace, no matter what job or occupation, they’re not going to stay there,” said Peter Kurdock, general counsel for Advocates for Highway Safety. “And the Department of Labor has consistently rated truck driving as one of the 10 most dangerous jobs. We’re losing far too many truck drivers every year.”

Spencer also took the opportunity to remind the committee of an issue that’s long frustrated him – the lack of crashworthiness standards for commercial tractors.

Retention and driver pay continued to be at the forefront of discussions following a trucking jobs market update from economist Bob Costello with the American Trucking Associations. Costello’s presentation suggested that driver turnover rates are significantly lower in the LTL sector than in longhaul.

Costello said ATA’s research has found instances where drivers are taking jobs that pay less per-mile but provide a more consistent schedule with predictable home time. He also noted that some of those fleets are offering guaranteed minimum weekly pay models to entice drivers.

Spencer said that because drivers are paid piecework, it provides “elasticity in their workweek.”

“It’s not a shock that drivers want to spend more time at home,” he said. “Some drivers don’t mind being away from home for three weeks, but there’s got to be a corresponding benefit. Did you make enough money during those three weeks to have an enjoyable lifestyle for you and your family? And oftentimes the answer is ‘no.’”

The MCSAC meeting concluded with a discussion of another task item focused on driver recruitment and retention. LL 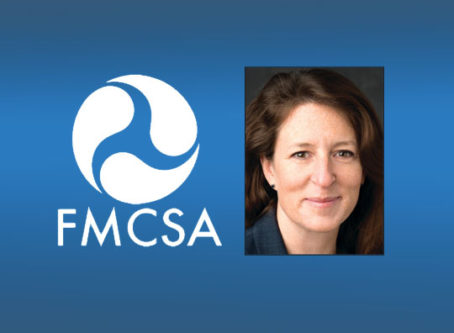