Navistar was hit with another jury verdict in a case regarding defective MaxxForce engines. This time, the case was fought in a state court, not federal.

On Tuesday, Feb. 18, an Omaha, Neb., jury found that Navistar committed fraud by concealing critical information in the sale of 24 model year 2011-12 ProStar trucks with MaxxForce 13-liter engines to Omaha-based Nationwide Transportation. The company was awarded $21,500 per truck, more than $500,000.

According to an amended complaint, Nationwide purchased the 24 ProStar trucks in 2011 from Cornhusker International Trucks. Like other similar cases in federal courts, Nationwide was told the trucks were clear of any defects. Also consistent in other cases, Nationwide began experiencing issues with the new ProStars shortly after purchase.

More specifically, the exhaust gas recirculation (EGR) system within the MaxxForce engines began to malfunction. According to the complaint, Nationwide experienced problems with the EGR system, EGR coolers, EGR valves and other components.

Upon discovering the defects, Navistar and Cornhusker International Trucks attempted to make appropriate repairs. Unfortunately, the repairs were not enough to completely fix the problems. Nationwide’s trucks began to malfunction even after the repairs.

As seen in similar cases, Nationwide provided evidence that reveals Navistar knew about the defects when selling the trucks to the company. However, those defects were never disclosed. During the trial, Paul D. Moore, owner of Nationwide, testified that Navistar assured him that the EGR system was field tested and would last an industry-standard service life.

“If I had known the true facts known by Navistar executives and engineers, I would have never bought these trucks in the first place,” Moore said. “The number of breakdowns they experienced during the time we owned them put an irrefutable financial strain on our company.”

According to a news release from Miller Weisbrod, the law firm representing Nationwide, Navistar sold over 70,000 trucks with MaxxForce engines before announcing in July 2012 that it was abandoning its EGR-only strategy.

Clay Miller of Miller Weisbrod said that this is the third of four cases that found Navistar committed fraud.

On Jan. 3, a federal judge in Illinois granted final approval of a proposed $135 million class action lawsuit settlement against Navistar. Carriers and truckers who owned a 2011-14 Navistar with a defective MaxxForce engine are eligible for compensation.

The jury award for the Nebraska was much smaller. Not only was it not a class action case, but Nebraska is one of only three states in the U.S. that does not allow the award of punitive damages when fraud is committed by a manufacturer in the sale of the product, according to Miller Weisbrod. In the other two cases, the jury awarded more than $1 million in punitive damages.

Miller does not appear to be too happy about the class action settlement.

“The reality of the class action settlement is each company can only recover a few hundred dollars per truck,” Miller said. “In order to even qualify for a higher recovery, Navistar has put such restrictions on the settlement that no company that operates in the real world will ever be able to qualify for any higher amounts.”

Information on the claims can be found at MaxxForce11and13.com. 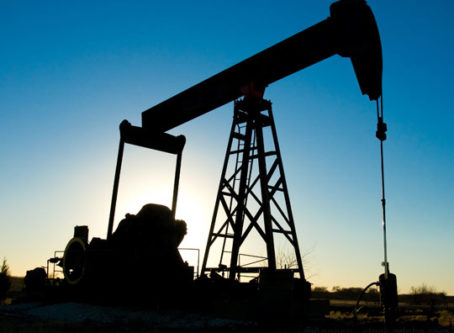 The last of five defendants has been sentenced for his role in a $1.8 million oil theft from energy companies working in the Texas Eagle Ford Shale.