Although partisanship remains deeply entrenched in both Congress and across the nation, the leaders of the Owner-Operator Independent Drivers Association say there are still some challenges facing truckers that may be able to rally bipartisan support.

Following one of the most divisive elections in memory, OOIDA President Todd Spencer said the idea of a deeply divided Congress is “not really new over the last 20 years.” Spencer and OOIDA Executive Vice President Lewie Pugh joined host Mike Matousek on the latest episode of “Live From Exit 24” on Wednesday, Nov. 18.

“It’s hard not to be a little pessimistic going forward, but we have to push for those issues that make sense for both sides, and we have to be persistent about doing that,” Spencer said during the live broadcast of OOIDA’s internet radio show.

“Lawmakers right now are predisposed to gridlock. It’s kind of a safer play for them to not support anything,” Spencer said. “They’re better off politically not to do anything than to do something. And I don’t think any of us should find that acceptable.”

“We’re in a time right now where this whole country is dependent on trucks to keep store shelves stocked,” Spencer said. “Trucks are going to deliver (COVID vaccines). Accommodations have to be made.

“I don’t believe drivers are asking for too much when they say ‘When I’m tired, give me a place to rest.’ And lawmakers can address that issue,” Spencer said. “And they’re going to have to address that issue because the market simply isn’t going to do it.”

“At the end of the day, gridlock isn’t good for the country or the industry,” Pugh said before sharing an experience he had at a political event in Ohio recently.

“When I brought up the parking bill (with lawmakers), the first thing that was said to me was, ‘Well, is it bipartisan? Who brought it?’” he said. “Listen to what the bill is about… use your own thinking and own brain…

“Our bill that we put out this year (HR 6104) – that’s something that should pass on its own. There shouldn’t even be anybody against it.”

Spencer and Pugh also fielded listeners’ questions from social media about whether OOIDA supports food trucks and other commercialization efforts at rest areas, and why the Association is so interested in the issue of broker transparency.

Both agreed that one potential solution to gridlock is voters taking an active role in communicating directly with their lawmakers about the issues that have the biggest impact on their business.

Catch the next episode of ‘Live From Exit 24’

“Live From Exit 24,” is scheduled for 11 a.m. Central every other Wednesday. Listeners can tune in to the show on the Live From Exit 24 website, OOIDA Facebook page or on OOIDA’s YouTube channel. The next episode airs Wednesday, Dec. 2.

“Live From Exit 24” launched this year as a way to expand OOIDA’s communication with members and to hear directly from drivers across the industry.

OOIDA is asking for truck drivers to fill out a survey to let the Association know how you are liking the show so far. The survey is here. LL

Federal prosecutors want the U.S. Court of Appeals to restore the convictions of three individuals in the Pilot Flying J rebate scheme.

New Prime on hook for $16.5M for fatal multi-vehicle crash

A Texas appeals court denied New Prime’s challenge of a $16.5 million verdict finding the company responsible for another trucker’s death. 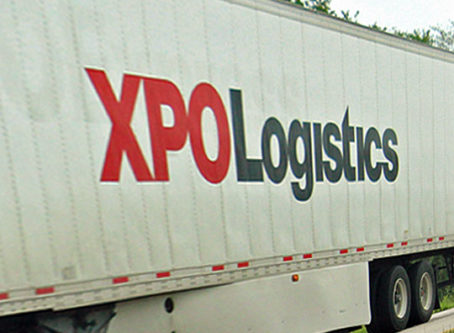