Former truckers for Premier Trading and Transportation have filed a lawsuit against the company, alleging they were misclassified as independent contractors as a result of restrictions placed through a lease-purchase agreement.

According to the complaint, Wills was told in March 2019 that he could purchase a truck from Premier to be used to haul crude oil on behalf of the company. Dusty and Jase explained to him that he would be buying the truck with financing through Premier. Each payment into the lease-purchase would go toward the purchase of the vehicle.

Wills wanted to buy the truck so that he could go into business for himself as an independent contractor. He wanted to haul for other companies in addition to Premier to maximize his revenue. Wills was even told that because he was purchasing the truck, he would be the owner and therefore, allowed to operate it as he pleased.

Part of the lease-purchase was a “Security Agreement,” which explains that Wills borrowed money from Premier to purchase a 2012 Peterbilt at a 20% interest rate on the loan.

Subsequently, Wills signed a “Premier Trading and Transportation LLC Independent Contractor Agreement.” Despite being considered an independent contractor, Wills claims that he was treated as an employee.

To start, Wills claims that Premier refused to allow him to use the truck to haul for other companies. If Wills drove for someone else, he could no longer drive for Premier. The lease-purchase also required Wills to get financing only through Premier rather than a third-party financing company. Wills also was required to purchase insurance through Premier, which was deducted from his paycheck. Premier also held onto the truck’s title and other documents showing ownership.

According to the lawsuit, Wills had to report any on-the-job spill to Premier and would be charged a 10% markup on the clean-up cost. Wills also had to go through Premier for any truck repairs. In one instance, he was ordered to repair his front main seal despite Y.S. Department of Transportation regulations not requiring such repairs. Forced to comply, Wills turned over his truck for repairs. He alleges that Premier performed additional repairs without his knowledge and charged him $12,000 for the unauthorized repairs.

Albert Beasley, the other plaintiff, reported a nearly identical situation. The two drivers filed the lawsuit on behalf of all similarly situated drivers who entered into a lease-purchase agreement with Premier. As of publication, neither of the defendants have filed a response to the complaint. LL 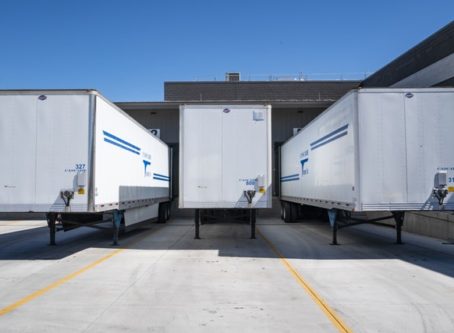 How long is too long when you’re waiting at the dock to unload? An OOIDA senior member was forced to wait 11 days. We have the story.