Discussion in favor of and in opposition to tolls is a topic at statehouses from Connecticut to Washington. Below is a roundup of recent activity on the issue.

State legislators have again offered a plan to end Connecticut’s distinction as the lone New England state without any kind of tolling program. Gov. Ned Lamont also has made clear he wants to change that fact.

The governor has said truck-only tolls is one option the state should pursue to help cover expenses for needed transportation work. Another option touted by Lamont would use an all-electronic toll system to charge all users.

The Connecticut Department of Transportation has estimated that charging all users could raise up to $1 billion annually for the state.

Sponsored by Democratic Sens. Alex Kasser of Greenwich and Will Haskell of Westport, SB128 would implement all-electronic tolls on all users. The legislation specifies that tolls would be collected on Interstates 84, 91, and 95 and state Route 15.

The pursuit of tolls of Connecticut has met harsh criticism in the state from the trucking industry and others.

As a result, legislative leaders say that while they support the idea there is no interest at the capitol in pressing the idea.

A pair of bills in the Florida statehouse would nix plans for more tolls.

In 2019, the Legislature approved plans to build one new toll road and extend two others. Specifically, the law authorizes moving forward with extension of the Suncoast Parkway from the Tampa Bay area to the Georgia line.

Additional projects include a toll road to connect Polk County to Collier County, and a connector for the Florida Turnpike west to the Suncoast Parkway.

Advocates tout the roads as helping to relieve congestion on Interstates 74 and 4.

Instead, legislation introduced by Rep. Ben Diamond, D-St. Petersburg, and Sen. Tina Polsky, D-Fort Lauderdale, would repeal the toll plan and direct the revenue earmarked to the projects to the state’s general fund.

Bill sponsors cite the price tag for the work and critical feedback from the public over the past two years for their pursuit.

HB763/SB1030 are in committees in their respective chamber.

One New Hampshire Senate bill covers the removal of a toll booth along the Everett Turnpike in Merrimack.

In 2018, the state’s 10-year transportation plan was updated to include setting up a committee to study the removal of tolls in Merrimack.

Toll critics in the locale opposed the collection of 50-cent tolls for motorists there because other communities were not tasked with covering infrastructure improvements via tolls. Five-axle trucks paid $2.50 at Exit 11 in Merrimack.

On Jan. 1, 2020, toll collection ceased at the northbound and southbound ramps of Exit 11. The toll plazas have since been removed.

Sponsored by Sen. Gary Daniels, R-Milford, a new bill calls for the removal of toll plazas at Exit 10.

The bill, SB117, is in the Senate Transportation Committee.

A renewed bill in the New York Senate would give certain truck drivers a break on tolls.

Tedisco says the toll break is needed to aid truck drivers with “unique and evolving challenges.”

Tolls would be waived on the Thruway and any state toll bridge or road. The provision would be in place through April 2022.

Tedisco offered an identical bill a year ago. It did not advance from committee.

A bipartisan effort in the Oregon House revisits a 2017 law to establish tolls on Interstate 205 in the Portland area.

The 4-year-old law, “Keep Oregon Moving,” authorizes the Oregon Department of Transportation to charge tolls on the roadway. Revenue would be applied for purposes that could include transit and pedestrian projects.

The bill would limit toll collection. Specifically, the state DOT could only collects tolls to cover costs to add lanes along I-205.

HB2629 is in the House Transportation Committee.

One state lawmaker has renewed an effort to rid the state of toll collection.

In 2019, toll rates doubled for all vehicles on the West Virginia Turnpike.

Gov. Jim Justice said at the time the increase would allow the West Virginia Parkways Authority to sell an initial installment of $166 million in bonds.

Delegate Joe Jeffries, R-Putnam, has introduced a bill to end toll collection on the turnpike as of July 1, 2021. The Parkways Authority also would be forbidden to implement future tolls.

Elimination of tolls is estimated to reduce state revenues by more than $155 million annually, according to a fiscal note attached to HB2203. The revenue is used to operate and maintain the 426 miles of interstate, 116 bridges, three travel plazas and one welcome center.

Responsibility for operating the West Virginia Turnpike would shift entirely to the state’s road fund.

The West Virginia Division of Highways has an annual shortfall of $1.13 billion.

A related House bill, HB2503, would require the approval of the Legislature and the governor before additional bonds may be issued by the Parkways Authority. Tolls also would be required to be removed six months following removal of encumbrances for the bonds.

The bills are in the House Technology and Infrastructure Committee.

One Wyoming Senate bill calls for tapping tolls to cover costs for improvements to Interstate 80 in the state.

Officials with the Wyoming Department of Transportation say that something needs to be done to help the agency address the $40 million shortfall just to maintain the highway. Agency officials say I-80 also needs additional climbing lanes, more truck parking, and the reconstruction of its interchange with I-25 in Cheyenne.

This year’s effort, SF73, calls for the state Department of Transportation to come up with a master plan to toll the 400-mile thoroughfare in southern Wyoming. According to a fiscal note attached to the bill, the agency would need to come up with between $1 million and $1.25 million to develop a master plan.

“The tolled configuration will allow interstate 80 to be maintained and to be operated in a way that will reduce traffic congestion, delays, hazards, injuries and fatalities,” the bill reads.

Specific details of the toll plan, rates, or where tolls would be collected are not included in the bill. The master plan would determine the details.

Truckers opposed to I-80 toll plan

The Wyoming Trucking Association has testified against the tolling effort. The group noted that carriers would use alternative routes to avoid tolls, and would cause businesses along I-80 to lose money.

Truckers in the state, and the Owner-Operator Independent Drivers Association, have added that professional drivers already pay multiple taxes and fees to access I-80 and other roadways.

“To be clear, OOIDA fundamentally opposes toll roads,” OOIDA President and CEO Todd Spencer wrote in previous communication with state lawmakers. “However, toll roads are more egregious when they are proposed for existing highway capacity.” 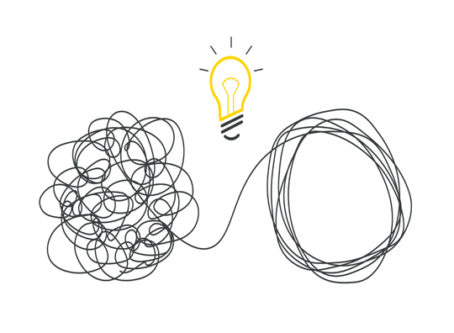 The U.S. DOT hosts a roundtable on driver retention and the supply chain and seems open to change. Plus, fuel cards and truck parking problems.