In the deadliest mass shooting in modern U.S. history, at least 58 people are dead and 515 injured when a lone gunman opened fire Sunday night from the 32nd floor of the Mandalay Bay Hotel onto an outdoor country music festival below in Las Vegas.

Clark County, Nev., Sheriff Joseph Lombardo said that “right now” the Sheriff’s Department is “using the number 58” because just before the latest media briefing he was informed there may be a 59th victim.

“In normal fashion, I do not want to give you bad information, so please do not press me on that number until we get further into this investigation,” Lombardo told the media. “The number of injured, we are using the number of 515. As you can tell, as the hours go by, that number continues to increase.”

The shooter, identified as Stephen Paddock, was found dead at the scene. The 64-year-old Paddock lived in Mesquite, Nev. Investigators are still trying to figure out his motive.

Lombardo also addressed media reports that ISIS had claimed Paddock was acting on behalf of the group by turning the Monday afternoon media briefing over to FBI Special Agent in Charge Aaron Rouse.

“As this event unfolds, we have determined to this point, no connection with an international terrorist group,” Rouse told the media. “As this investigation continues, we will continue to work with our partners that this is factually, thoroughly and absolutely investigated to be able to bring comfort and peace back to this community.”

As part of the media briefing Lombardo also addressed the ongoing process of reconnecting family members with those at the concert. A missing persons hotline for families has been set up but was experiencing some outages early Monday afternoon.

Country Music star Jason Aldean was on stage when the first shots were fired. Land Line Now spoke this afternoon with Extreme Transportation, the trucking company that moved much of the staging for Aldean as well as some of the other performers for the Vegas show.

Office personnel confirmed their drivers are safe and accounted for.

As the investigation continues into the shooting, Clark County Commission Chairman Steve Sisolak took the opportunity to reassure the public that the immediate threat is over and that helping the victims to recover is a top priority.

“It was a sole shooter and there is no further threat we’re aware of, no immediate threat,” Sisolak told the media. “I want to assure everyone who is listening, who hears our words, Las Vegas is safe.

“The sheriff and I have set up a Go Fund Me account … We have been inundated with phone calls, emails, and text messages from people asking what they can do. There are going to be a lot of family members going through an awful lot … we need to provide them with some sort of support.” 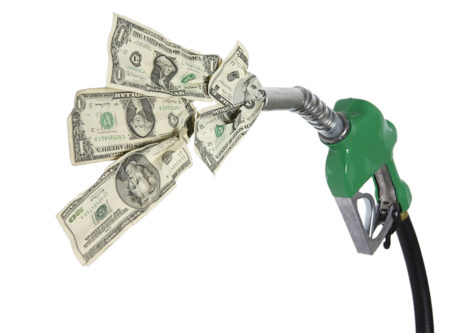 Fuel economy: stretch those dollars out

With fuel prices through the roof, we have a few tips to help you increase fuel economy and stretch those dollars. Plus, truck parking finally becomes a priority.