Hot shotters, dump truckers and delivery people are among operators of medium- and medium-heavy-duty trucks who can look forward to a new range of conventional-cab models from Kenworth and its sister company, Peterbilt.

Kirkland, Wash.-based Kenworth Truck Co. announced April 5 an extensive redesign of its midrange lineup that includes a larger cab, new noses, and upgraded interiors. Designated T180, T280, T380 and T480, the Class 5 through “light Class 8” trucks will serve a variety of applications, executives said during an on-street reveal in Phoenix.

“Some of our customers were clamoring for more room in the cabs because people are getting bigger,” said Mike Kleespies, medium-duty truck sales director. The new cab is 8 inches wider than its predecessor. It is based on the 2.1-meter-wide cabin used on Kenworth’s Class 8 T660 highway tractor and T880 vocational truck. Since the mid-1990s, Kenworth and sister-company Peterbilt have been selling midrange conventionals with smaller cabs that can cramp some drivers and limits the ability to carry more than two people. These models are assembled at a plant near Montreal operated by Paccar, the two builders’ corporate parent, and Peterbilt was expected to announce its versions later this week.

Two Cummins-built, Paccar-branded diesels are available: 6.7-liter PX-7 rated up to 325 horsepower, and 8.9-liter PX-9 up to 380 horsepower, depending upon the bumper-to-back-of-cab dimension. With the new medium duty vehicles, Kenworth also will offer the near-zero-emission Cummins Westport L9N natural gas engine, which delivers up to 320 horsepower, depending on configuration and hood.

Produced by ZF in a new plant in the U.S., TX-8 serves a wide range of applications from pickup and delivery to utility service and a variety of vocational applications. When matched to the diesels, the TX-8 transmission has a maximum torque rating of 1,000 lb-ft and a 57,000-pound gross weight rating. Allison 2000 and 3000 medium-duty automatics will be optional, as will Eaton manual and automated gearboxes. Higher ratings of the PX-9 will be coupled to Allison 4000 and 4500 series automatics.

“Over the past several years, Kenworth actively sought, listened to and collected invaluable input and feedback from nearly 1,000 customers and drivers throughout the extensive design process,” said Joe Adams, chief engineer. The new mostly aluminum cab was adapted to the smaller medium-duty frames, and on some models sits up to 2 inches lower than on a full Class 8 chassis. Inside, the windshield is 17% larger to aid forward vision over the sloped noses. Three-person seating with a bench seat is standard for the T180, T280 and T380 and optional for the T480. Customers also can select various seating options featuring high- or medium-back air-ride seats.

“More than 500 people of all heights and sizes helped us to define the dimensions of our new medium-duty models and confirm that we hit our targets for the driver space packaging,” said Mike Wagner, product planning manager. A tilt and telescoping steering column and careful placement of foot pedals allow a wide range of adjustments to suit almost everyone. Available rear air-bag mounts cushion the ride and isolate the cab, its equipment and occupants from shock and vibration.

In drives around a 10-minute city course, a 10-wheel mixer truck with air-bag mounts rode better than a T180 with a flatbed body whose cab was solidly mounted, in this writer’s judgment. This was over even and rough street pavement and a short stretch of Interstate 10. The T180’s shaky ride masked the smooth operation of its eight-speed torque-converter automatic, an apparent competitor to Allison six-speeds, which have dominated much of the medium-duty market. Paccar’s TX-8 version is the first announced use of the ZF automatic in a North American truck.

Meanwhile, the T480V’s performance with its 380-horsepower PX-9 and six-speed Allison 4500RDS was sprightly, and its turning circle was admirably short considering the 425-series wide-base tires on its 20,000-pound Meritor steer axle and 46,000-pound rears. The extra room in the new cab is noticeable and welcome, and executives hope it and other features will boost Kenworth’s fortunes in the medium-duty market. The new midrange and light Class 8 models will go into production late this year to replace the existing conventionals. LL

Check out other new equipment news: 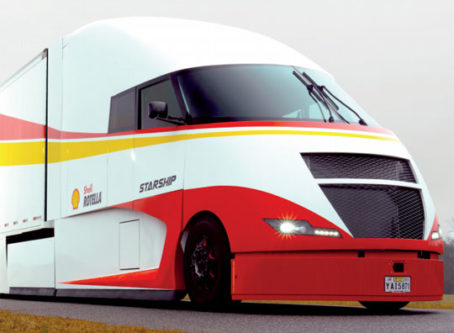 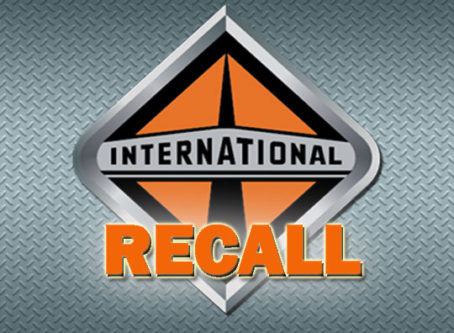 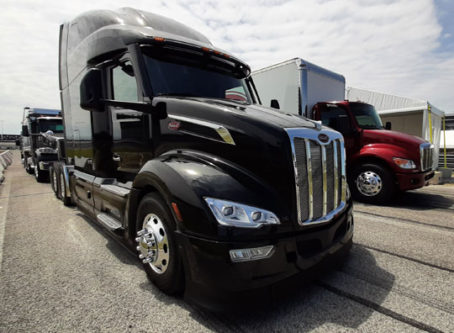