Just a few days after filing a lawsuit against the parents of two young children killed in a crash with a truck, the Kansas Department of Transportation has already dropped the case against them but is leaving the trucker and his company on the hook for nearly $117,000 for repairs to a highway barrier damaged during the crash.

On Feb. 18, KDOT filed a lawsuit against the parties involved in a Feb. 18, 2018, crash that left Ruth Solome Vazquez-Hernandez, 7, and Teresa de Jesus Vazquez-Hernandez, 1, dead and several more injured. The complaint named the children’s parents, Salomon Vasquez-Rayon and Angelica Hernandez-Valentin. The trucker, William Spring, and the truck owner, Urbandale, Iowa-based Brown Truck Leasing and Greenfield Logistics,  also were named. The lawsuit is seeking more than $100,000.

However, KDOT has decided not to sue the parents.

After news of the lawsuit was published, several people spoke out against the lawsuit on social media. The backlash prompted KDOT to explain the lawsuit and remove Hernandez-Valentin and Vasquez-Rayon from the complaint. On the other hand, the state will continue to pursue litigation against Spring, Brown Truck Leasing and Greenfield Logistics.

KDOT’s legal action to recover highway damages after accidents is routine, but in this case KDOT will not be seeking damages from the family and will remove them from the case.

Exactly two years before the lawsuit was filed, Spring was driving a 2014 Kenworth pulling a Hyundai trailer on Interstate 435 in Johnson County, Kan. At the same time. Hernandez-Valentin was driving a 2002 Honda Odyssey owned by Vasquez-Rayon.

At around 5 p.m., Hernandez-Valentin slowed down on I-435 before being rear-ended by Spring. As a result of the crash, the truck left the highway and struck a concrete barrier, causing significant damage. Two young girls were killed in the crash. According to a GoFundMe campaign for the family, a 9-year-old boy lost one leg.

According to the complaint, the crash caused $116,831.91 in damages to the concrete barrier that the state owns and maintains. The original lawsuit sought that money from everyone involved in the crash.

The lawsuit alleges Spring contributed to the crash by following another vehicle too closely, driving too fast for conditions and failing to drive within the range of vision in order to avoid colliding with other vehicles. Greenfield Logistics and Brown Truck Leasing are accused of being vicariously liable. Vasquez-Rayon and the two trucking companies were charged with joint and several liability since they owned the vehicles.

Hernandez-Valentin and Vasquez-Rayon settled with Spring, Brown Truck Leasing and Greenfield Logistics earlier this year. Terms of the agreement are sealed and will not be finalized until March. 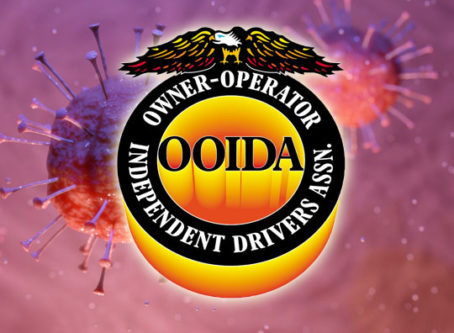