In part one, I met Jim Davis in the spring of 1978 at a shipper on Frelinghuysen Avenue in Newark, N.J. I cannot vouch for any of what Jim said. It was often unbelievable. On the other hand, much of what he said was too weird to be anything but true. Jim told me his story over coffee at a nearby diner.

In 1975, Jersey Jim Davis and his brother Greg went into the trucking business with an old straight truck, a 1956 White 3000, Jim said in his heavy North Jersey accent. The White 3000 was a small cabover with a round front that may have been distinctive in the 1950s. By 1975, it was just funny looking.

Of course, the brothers called themselves J&G Trucking. They could pick up and deliver anywhere in New Jersey where intrastate trucking was unregulated. As long as they didn’t cross state lines, they were beyond federal regulation – not that they worried about details like that.
Dressed in work clothes, Jim would go into a shipper and claim to be the company’s regular driver in the area and promise a traffic manager flawless service, particularly pickups. I met Jim during one of those creative sales calls.

Big companies were different. You called ahead for an appointment and suited up for the pitch. They don’t get much bigger than Johnson & Johnson, headquartered in downtown New Brunswick.

In his travels, Jim had learned big companies were concerned about new laws that encouraged the use of contractors owned by minorities or women. So, Jim began claiming J&G Trucking belonged to his wife, Jean, and her sister, Gail. It didn’t do any good until Jim called on J&J.
Jim’s appointment was with the director of traffic, but the director had been called away for a week. His assistant was running things. The assistant was an ambitious, young Rutgers grad who saw the boss’s absence as his chance to show initiative.

“His name was Doug,” Jim recalled about the kid.

The kid wasn’t supposed to, but he kept the boss’s appointments – including one with an outfit called J&G Trucking, what he had been led to believe was a woman-owned carrier that covered the entire state of New Jersey with unpublished, totally negotiable rates.
“New Jersey was unregulated,” Jim reminded me.

Doug was an earnest guy who knew just enough about LTL to get himself in trouble. Why not give J&G a piece of New Jersey business to show how thrifty and politically attuned he was? So, that’s what he did. Doug sent a routing change down to the J&J division that distributed absorbent feminine sanitary products from a warehouse on Route 1. It was the Modess division.

Jim’s appointment was on a Monday. Tuesday, Jim submitted the low rates he had promised. Late Wednesday, Greg back in the office got a call from the Modess warehouse with 15,000 pounds and 47 freight bills for Thursday morning pickup. The caller suggested an empty trailer.

A trailer? Jim had been hoping for a test shipment or two, preferably in North Jersey, but he had not spelled that out to Doug. Jim also had neglected to mention that J&G was a one-truck company.

Meanwhile, in his enthusiasm to show his business smarts, Doug had routed half of Modess’s New Jersey shipments to J&G.

Greg had no idea what his brother had done, so he just accepted the pickup. If there was a problem, Jim could fix it, Greg thought. Later that day, Jim told Greg the way to fix it was to simply pick up and deliver the freight. He refused to call and tell Doug the truth. This was J&G’s big break, their ticket into big-time trucking.

First thing Thursday morning, Jim called the Modess warehouse and said there were no trailers available. All J&G had that morning was a single straight truck.

Jim explained that J&G would send the straight truck to pick up as many shipments as possible, bring them to the terminal, and return for more. The Modess guy said he would prefer to load everything at once, but OK, as long as they got all the freight out of his staging area that day.

So, Greg headed down Route 1 to New Brunswick in the White 3000. At Modess, they assigned him a door and loaded him out. Then he returned to the terminal. The terminal was their mother’s house.

“Greg and I had apartments,” Jim explained.

Greg backed the 3000 into Mom’s driveway, and the brothers stripped the truck as quickly as they could.

“In LTL, you don’t unload a truck,” Jim explained like he was speaking to an industry outsider. “You strip it.”

Jim had a plan. He would rent two trucks, hire a couple of friends to drive and deliver all the stuff within a couple of days. Meanwhile, they would stage the freight by shipment in Mom’s back yard. That would make it easier to load them in delivery order.

Three years later here at the diner, Jim was obviously proud of his stroke of business genius – even after all that happened.

Greg headed back to New Brunswick with the empty truck and they repeated the process. On the third trip, Greg signed for the last of the freight minutes before Modess shipping and receiving closed for the day. They had successfully accomplished step one, the pickup.

They stripped the 3000, then stepped back to see that Mom’s entire backyard was covered with corrugated cartons in 47 individual stacks, one for each consignee. Neighbors and passersby stared. It was getting dark, and they were hungry. Mom just wanted all those boxes out of her yard, but she made grilled cheese sandwiches for them.

You wouldn’t be wrong to call that the high-water mark for J&G Trucking. Jim and Greg were in Mom’s kitchen figuring a route for the first delivery run and kidding with each other when the rain started.

It wasn’t just rain. It was a monsoon. Water came down in sheets. Jim never had to worry about weather before. Then, he had never staged 15,000 pounds of freight in Mom’s back yard. Who knew?

The brothers ran out into the torrents. Greg pulled the truck out of the driveway. Jim backed his mother’s car out of the garage. The rain was so thick, they couldn’t see more than a few yards in the dark. They parked the truck and the car on the street, ran back, and began dragging cartons into the garage – as though there was room for more than one or two of the 47 shipments.

They worked in totally soaked clothes with water running off their noses and chins for almost an hour. They had made little progress when water-soaked cartons began to fall apart as they tried to pick them up. They gave up.

Jim, Greg, and Mom watched from the kitchen in the light of the back-door light, Jim said. In the space of an hour J&G Trucking had gone from triumph to catastrophe.

“Hey, we coulda done it,” Jim said, confidently nodding in the affirmative.

Jim didn’t want to talk about the lawsuit, but he remembered the Modess incident with something like fond nostalgia. He described how a stack of same-size cartons in a deluge begins to sink as the corrugated walls of the cartons at the bottom absorb water and sag.

A couple of weeks later, Woodbridge Public Works brought a front-loader to clear the mess. Modess wouldn’t do it, but the Health Department had declared Mom’s yard an imminent danger to the community, so the town stepped in.

“Do you know how much 15,000 pounds of feminine napkins weighs full of water?” Jim asked. I shrugged.

Jim Davis paid for the coffee that day at the diner. I never saw him again. 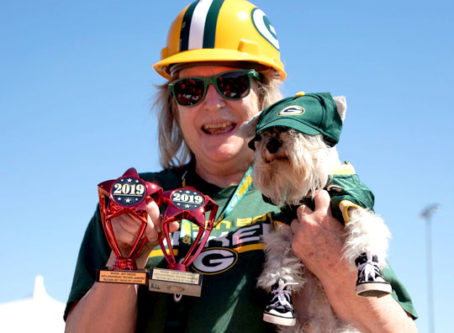 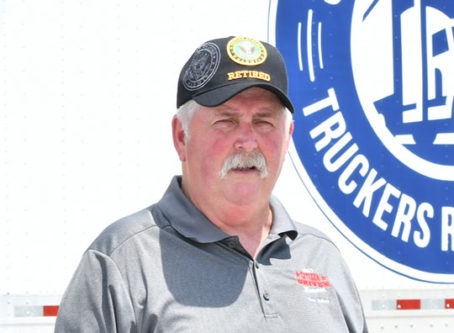 Don Talley, one of two Citizen Drivers for 2021, chose the Petro in Gaston, Ind., to be dedicated in his name as part of winning the award. 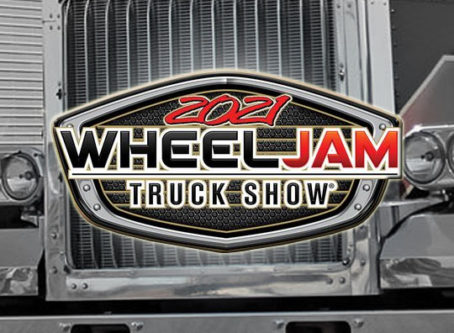 The 17th edition of Wheel Jam was held June 3-6 at the South Dakota State Fairgrounds. The turnout sparked optimism for organizers. 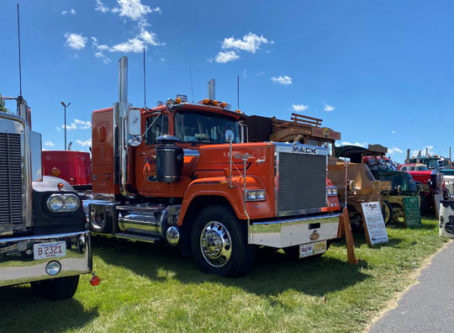 ATHS hosted its annual convention and truck show during the first weekend of June at the Rockingham County Fairgrounds in Harrisonburg, Va.