A bill dubbed last year by the Owner-Operator Independent Drivers Association as the “poison pill” has reared its ugly head again.

Rep. Chuy Garcia, D-Ill., announced last week that he plans to reintroduce the Insurance Act, which would increase the minimum insurance requirement for motor carriers. While the text of the bill still has not been released, previous versions of the bill called for increases that would have been devastating to small-business truckers.

Garcia’s 2019 version of the bill called for the current minimum insurance of $750,000 to increase to nearly $4.925 million – and increase of more than 550%. Last year, Garcia tacked on an amendment to the highway bill that would have boosted the requirement to $2 million – an increase of 167%. In February, OOIDA Executive Vice President Lewie Pugh testified to a House committee that even the increase to $2 million could make a trucker currently paying $10,000 per year to have to start paying $20,000 each year.

No matter which number is chosen, the legislation is unnecessary and would do nothing but drive small-business truckers out of business.

“No question this would have devastating impacts on the small-business motor carriers,” Jay Grimes, OOIDA’s director of federal affairs said on Land Line Now. “The insurance levels, the premiums would just skyrocket if any version of this legislation … were to get through Congress and get passed.”

And when you consider that this time last year the majority of lawmakers were hailing truckers as heroes for delivering essential goods amid a pandemic, the legislation is even more baffling.

“Especially when this been such a tough year for small businesses across the country with the COVID-19 pandemic, this would just be the nail in the coffin, unfortunately, for a lot of small trucking businesses that simply can’t afford the higher and higher premiums and insurance costs above all the other taxes and fees that we see in the trucking industry,” Grimes said.

So why is this coming up again?

Garcia will tell you that it’s about improving safety and for the benefit of the victims of truck crashes. The research will tell you otherwise.

There is no proven correlation between an increase in insurance coverage and an increase in safety. And if you consider that small-business truckers are the safest drivers in the industry, taking those experienced and safe drivers off the road because they can no longer afford to stay in business would negatively affect safety.

For the argument that the legislation is intended to help the victims of truck crashes, I will point you to research from the Volpe National Transportations Center that determined that the current minimum insurance level adequately covers damages in all but 0.6% of crashes. In addition, most trucking companies carry $1 million in coverage on their own.

“When you look between the lines, this would be a big boon for trial lawyers,” Grimes said.

What you can do about the Insurance Act

OOIDA has been warning about this fight for months, and the time has come for truckers to reach out to their lawmakers in opposition of this legislation. While it is unlikely Garcia’s stand-alone bill would make it through the House and Senate, expect to see an attempt to tack this measure on to the forthcoming highway bill.

Attached to a larger piece of legislation aimed at fixing crumbling roads and bridges, the unnecessary measure could have a better chance of making its way through Congress.

OOIDA is doing everything it can to fight it, but the Association needs the help of all truckers.

“Preventing Congress from increasing motor carriers’ minimum insurance requirements is shaping up to be our biggest battle this year,” Collin Long, OOIDA’s director of government affairs, said earlier this year.

“We know this battle is winnable, but we can’t do it without a groundswell of support from truckers. If you’re not picking up the phone and calling your member of Congress to demand they oppose any increase, you’re handicapping our efforts. I’m not blowing smoke when I say it’s going to take every trucker with a stake in the game to stop this from happening. Get on the phone today.”

This is not a drill. Legislators are trying to pass an enormous and unnecessary increase to your insurance premiums. It is time for you to make sure they understand what that would do to your business.

Call today. Call tomorrow, and keep calling until this poisonous piece of legislation is dead. LL 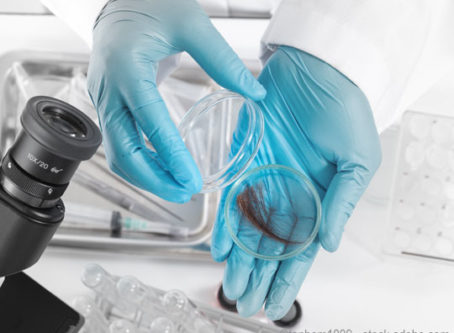