Biden announced the American Jobs Plan during a speech on Wednesday, March 31, in Pittsburgh. Out of the $2 trillion investment, $621 billion would go toward upgrading the nation’s transportation system.

“It’s a once-in-a-generation investment in America, unlike anything we’ve seen or done since we built the interstate highway system and the space race decades ago,” Biden said. “In fact, it’s the largest American jobs investment since World War II. It will create millions of jobs, good-paying jobs. It will grow the economy, make us more competitive around the world, promote our national security interests, and put us in a position to win the global competition with China in the upcoming years.”

Funded by a corporate tax increase, the broad infrastructure plan would put $621 billion into transportation, including roads and bridges, public transit, ports, airports and electric vehicle development. The plan also calls for $400 billion to care for the elderly and disabled; $300 billion for clean drinking water, expanded broadband access and upgraded electric grids; and $580 billion to strengthen America’s manufacturing industry.

According to a White House fact sheet, the infrastructure plan includes $115 billion to modernize bridges, highways and roads. About $20 billion would be used to improve road safety for all users.

The American Society of Civil Engineers recently gave the nation a C-minus on its infrastructure report card. Most notable to truckers, the United States received a C on bridges and a D on roads.

The report said 42% of the more than 600,000 bridges are at least 50 years old and that more than 40% of the nation’s road system is in poor or mediocre condition.

“It’s about infrastructure,” Biden said. “The American Jobs Plan will modernize 20,000 miles of highways, roads, and main streets that are in difficult, difficult shape right now.

It is unclear how the administration’s plan will align with the next highway bill. The current surface reauthorization bill expires in September.

“The American Jobs Plan will not only make bold, transformational investments in our nation’s transportation infrastructure, it will do so with an emphasis on creating good-paying jobs, supporting American manufacturing, investing in rural and urban communities alike, and addressing the greatest challenge of our time, the climate crisis,” DeFazio said in a news release.

Rep. Sam Graves, ranking member of the T&I Committee, said the plan is just a start and he wants to make sure that transportation infrastructure remains the priority.

“Our country desperately needs Congress to find common ground to make smart, responsible investments in our infrastructure,” Graves, R-Mo., said in a news release. “Fortunately, this is just the beginning of the process, and as Congress develops infrastructure legislation in the coming weeks I hope the focus will be on proposals that can, in fact, gain bipartisan support.”

Biden’s speech specifically referenced the Protecting the Right to Organize Act, asking Congress to send the legislation to his desk.

The bill, which passed the House on March 9, would implement California’s ABC Test and other union-friendly changes for union elections, bargaining processes, and many other policies. Passing the Senate appears to be a more difficult hurdle as the PRO Act also passed the House in the previous congressional session but stalled in the Senate.

OOIDA opposes the bill, saying it believes it would lead to the strict ABC Test being expanded to classify workers under other laws.

“We are disappointed that the House moved forward with the legislation that would jeopardize the leased owner-operator model, but we don’t expect the bill has the 60 votes needed to move forward in the Senate,” Bryce Mongeon, OOIDA’s director of legislative affairs, said in March. “Regardless, we will make sure Senators know where we stand on this issue, how this legislation would upend the trucking industry, and how it would harm small-business truckers.” LL 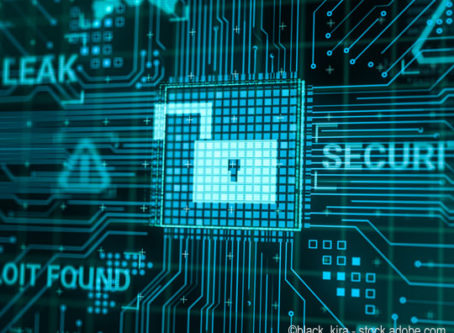