In a decision published on Oct. 22, a Third Circuit panel affirmed a New Jersey trial court’s decision to dismiss a case against the New Jersey Department of Labor and Workforce Development filed by PDX. However, Burlington, N.J.-based SLS Delivery Services, which jumped in as an intervenor, can proceed with its case.

Filed in 2015, PDX’s lawsuit argues that New Jersey’s independent contractor classification statute is preempted by the Federal Aviation Administration Authorization Act of 1994. PDX further contends the statute is unconstitutional under the Interstate Commerce Clause. The lawsuit stems from three audits conducted by the state from 2006 to 2015. Those audits found that PDX owes $1.83 million in contributions to the unemployment compensation fund, interest on those unpaid contributions and financial penalties upon finding the company misclassified drivers as independent contractors instead of employees.

PDX challenged that finding with the New Jersey Office of Administrative Law. That action was put on hold while the federal case was pending. However, a district court judge dismissed the case in July 2019 primarily because of the pending state action. Essentially, precedent dictates “that federal courts should generally abstain from exercising jurisdiction over cases that seek to interfere with certain types of pending state litigation, when the State’s interests in the proceeding are so important that exercise of the federal   judicial   power   would   disregard   the   comity   between   the   states   and   the   national government,” the district court opinion states.

In October, a Third Circuit panel affirmed that decision. Consequently, PDX will have to continue its independent contractor challenge at the state level.

“As noted, PDX admits its claims may be heard at the judicial review phase,” the Third Circuit states. “Our review of New Jersey law confirms that these constitutional claims may be raised in this state judicial proceeding. PDX has an adequate opportunity to present those claims.”

In 2018, SLS joined the case with PDX. The trucking company claims it is going through similar issues with the state regarding independent contractor status of its drivers. Unlike PDX, SLS has not begun the appeal process at the state level. Since the dismissal is based on the fact the federal court cannot intervene with state action, the Third Circuit reversed the decision dismissing SLS’s claim. SLS can now proceed with its case in the federal district court.

Although PDX cannot pursue its case in a federal court, its arguments survive. SLS is arguing the same points based on a nearly identical situation. Therefore, PDX’s issues will proceed in a federal court with SLS as the plaintiff.

Both companies argue they cannot satisfy elements of the independent contractor test or requirements for the state’s large motor carrier exemption. As a result, its drivers must be classified as employees.

In addition to the state and federal tax burdens, PDX complains of the additional costs and obligations of employment. It asserts that classifying these drivers as employees would require additional administrative and human resources costs, the expense of capital to buy and maintain a fleet of trucks, and a larger payroll to ensure it can always meet peak demand. If it must classify its drivers as employees, PDX alleges, “it will be driven out of business.”

More details on the case can be found here. LL 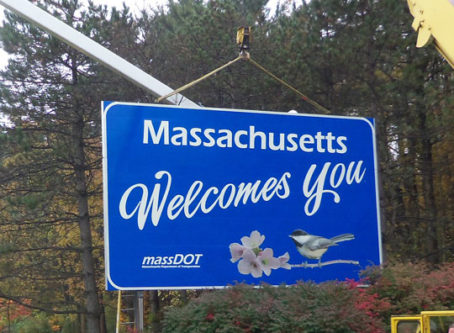