Heartland Express is expanding through acquisition for the second time this year. This time, it is acquiring the truckload business of Joplin, Mo.-based Contract Freighters Inc.

The acquisition of CFI is Heartland Express’ largest, according to a news release. Together with the Smith Transport acquisition, this deal will make Heartland the eighth largest truckload fleet and third largest irregular route, asset-based truckload carrier in the U.S., the company reported.

The acquisition is valued at $525 million. It includes nondedicated U.S. dry van and temperature-controlled truckload business and CFI Logistica operations in Mexico from its former parent company, Montreal-based TFI International Inc. It does not include the CFI Dedicated or CFI Logistics U.S. brokerage operations. Those remain part of TFI.

Included in the Heartland Express acquisition of CFI:

CFI contracts with about 250 independent contractors who provide their own tractors.

The facility locations acquired by Heartland will bring its total to 30 owned terminals across the U.S. and Mexico.

CFI will continue to operate from Joplin under its own brand and current leadership team, Michael Gerdin, chairman, president and CEO of Heartland Express, said in the news release.

CFI provides dry van and temperature-controlled truckload services to major customers throughout the U.S. and into Mexico and Canada.

“CFI’s strengths in the north-south Midwestern corridor will add to our driver and customer capability, and their cross-border expertise will help us capitalize on the expected long-term freight volume benefits of nearshoring activity by manufacturers,” Gerdin said in the news release.

Under the purchase agreement, Heartland Express will acquire 100% of the equity of Transportation Resources Inc., the parent of Contract Freighters Inc., and the Mexican entities comprising CFI Logistica.

With this year’s acquisitions, the Heartland Express fleet has about 5,550 tractors with an average age of 2 years and about 17,800 trailers. LL

Taking the pulse of the trucking industry

If you drive a truck, you’ve got concerns. It goes with the territory – and for nearly 20 years now, the American Transportation Research Institute has been asking both truckers and carriers alike about their top concerns. 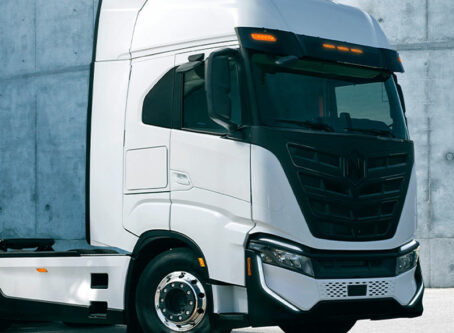