More than four years ago, a trucker sued the Florida Department of Transportation for SunPass overcharges. Earlier this week, FDOT announced it is suspending all future payments to the contractor who was hired to oversee a failed system and was supposed to fix that problem. Now, a state senator is worried the worst may still be ahead. What is going on with SunPass?

FDOT announced recently it is withholding payments to SunPass contractor Conduent State and Local Solutions until all of the problems with its Centralized Customer Service System are fixed. On June 28, about 90 million transactions were unprocessed. As of publication time, more than 68.5 million of those transactions have been posted, with up to 8 million more transactions posted daily.

On June 28, FDOT Secretary Mike Dew sent a letter to Dave Amoriell, president of Florham Park, N.J.-based Conduent, the contractor hired to implement the customer service system in an agreement signed in November 2015. Dew requested that Conduent provide adequate assurances within 10 days of the letter that the problems will be fixed

Conduent provided assurances to FDOT in a July 10 letter. However, it was not enough. In a July 16 letter, FDOT informed Conduent that its assurances were not deemed adequate under a contract provision.

According to FDOT’s letter, Conduent must demonstrate “the consistent ability to timely and accurately process current transactions, eliminate the backlog, and provide a full financial reconciliation for each day’s activity that the department can rely upon to transfer revenues to participating and external agencies.”

Until then, FDOT is suspending all payments to Conduent.

“The delays in providing a fully functional SunPass system is completely unacceptable to FDOT and to our customers,” Dew said in statement. “I am committed to holding those responsible accountable.”

Even local lawmakers are getting fed up and worried. State Sen. Jeff Brandes, R-St. Petersburg, told WFLA-TV that this may not be the worst of it.

“The real problems we’re going to have is in the tail of this issue,” Sen. Brandes told WFLA-TV.

Among the many operation deficiencies are the call center, website interface and the functionality of the mobile app. Perhaps most notable to customers is the inaccurate processing of transactions. Some SunPass customers began noticing duplicate transactions in their account. As a result, FDOT could not transmit a large percentage of transactions.

However, this is nothing new to SunPass. Problems with overcharges have been around since at least 2012.

Trucker’s lawsuit against SunPass
OOIDA member John Northrup, a trucker from Plant City, Fla., is no stranger to the inefficiencies of SunPass.

In 2012, Northrup had noticed that he was being charged for six or seven axles on his five-axle combo. After getting nowhere with SunPass, Northrup filed a lawsuit against FDOT in 2014.

FDOT and Northrup would eventually settle. Part of the settlement included FDOT notifying customers of possible overcharges. About a year after the lawsuit was filed, FDOT signed a contract with Conduent for a customer service platform dealing with transactions.

Coincidence? Did FDOT hire Conduent to fix transaction issues as a result of the lawsuit?

However, Northrup claims that such ideas were tossed around in emails and settlement talks while the lawsuit was still pending. In the official settlement, FDOT agreed to post language conspicuous to customers advising that the department strives to provide the best equipment possible, but errors in charges may occur, so customers should review for accuracy.

Northrup’s settlement with FDOT was signed in September 2016. Conduent signed the contract with FDOT in November 2015. Representatives of FDOT did not provide a response to Northrup’s statement as of press time.

Whether or not Conduent’s Centralized Customer Service System stemmed from Northrup’s lawsuit does not change the fact that he says he is still dealing with the same issues nearly four years later.

Some of Northrup’s toll transactions were among the 90 million unprocessed transactions. As of Wednesday, July 18, 11 of his transactions have posted. Of those 11 transactions, he claims six are incorrect, and that the reason for the overcharges is the same as it was more than four years ago: too many axles.

Despite the ongoing problems and warnings from fellow truck drivers that going after FDOT would be a fruitless effort, Northrup is still convinced it was not for nothing.

“If nobody fights, it just goes on and on and on,” Northrup said.

The push to get a truck parking bill over the finish line continues and you can help. Plus, why freight rates continue rising at a record pace. 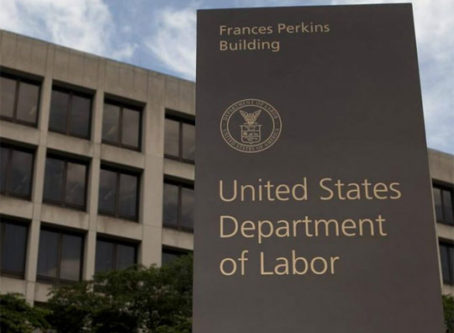