The former owner of Rhode Island trucking company CAT Inc. is in more trouble after being indicted on Amazon fraud charges in June. The man has a separate case pending for defrauding the Federal Motor Carrier Safety Administration.

On June 16, Michael Chaves, former owner of Colonial Auto Transport Inc., was indicted on fraud charges. Chaves is accused of defrauding Amazon through fraudulent transactions and theft of inventory by falsely misrepresenting returns. Last July, Chaves was indicted on 10 counts for submitting false tax returns to receive more than $400,000 in bank loans.

According to the latest indictment, Chaves ordered products from Amazon and replaced the original products with cheaper products. He then would return the cheaper item for a refund for the original and more expensive item. By doing so, Chaves allegedly committed mail and wire fraud.

Chaves was caught while agents searched his home and business while investigating an unrelated case.

According to court records, from 2009 through 2018, Chaves incorporated approximately 30 chameleon carriers with similar business names as CAT Inc. in Rhode Island, Massachusetts and New Hampshire. Over the years, FMCSA documented safety and other violations involving Chaves’ trucks. To avoid corrective action, Chaves allegedly would create a new carrier and apply for a new DOT number.

Chaves allegedly used these chameleon carriers to fraudulently obtain bank loans. In the end, Chaves had defrauded several Rhode Island banks out of more than $400,000, according to the U.S. DOT Office of Inspector General. He was indicted on 10 counts in July 2019.

While searching his home during an investigation for that indictment, agents discovered several Amazon packages in a side room at his business location. Items included televisions, incense, European wall plugs (some for phone chargers), computer parts, small electronics, and auto parts like hoses and couplings. Since the packages were not within the scope of the search warrant, they were mostly ignored.

However, a UPS driver told agents that he was at Chaves’ business every day to deliver Amazon packages and pick up returns. During the search, agents were able to seize about 12 Amazon receipts as evidence of business expenses for tax purposes. Agents would later discover that Chaves had up to 10 Amazon accounts. However, no indication of fraudulent activity was evident at the time. On March 31, Amazon contacted agents to provide that evidence.

Evidence supplied by Amazon reveals that since March 2017 Chaves has placed nearly 11,000 orders through 30 accounts totaling more than $700,000. Chaves received more than $640,000 in refunds for about 7,450 orders. Amazon had flagged about 149 returned items with a total value of nearly $24,000 as potentially fraudulent.

When the indictment was filed on June 16, Chaves still had six active Amazon accounts and continued to order and return items. Since February, Chaves has returned about 300 items, according to the indictment. The majority of returns were for auto and commercial motor vehicle parts.

The indictment accuses Chaves of ordering parts he needed for his trucking business. When he received the part, he replaced it with a used and/or inferior product before returning it. Those items include truck tires, ceramic brake pads, a fuel injector, and a suspension ball joint.

Since August 2016, Amazon has sent Chaves over two dozen warnings about his unusually high number of refund requests and returns of materially different items. In addition, Amazon has closed at least 20 of his accounts due to suspicious, abusive or fraudulent activity.

Chaves now faces two separate indictments in a federal Rhode Island court. He pleaded guilty to the first indictment last August. That case is still pending. As of publication, Chaves has not entered a plea for the latest indictment. 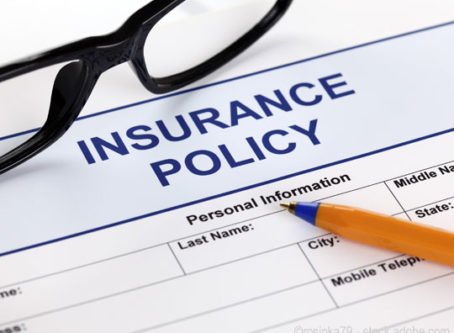