Imagine if you will, a world where bus stops are located in the middle of interstate highways. Also imagine that this is not a filthy lie, and Colorado Department of Transportation has plans to make it a real thing.

“When we first envisioned the bus stop, we thought of slip ramps where the bus would pull off the right sides of the interstate to pick up passengers …”

Wait. Hold up. Wut? Let me orient myself again. There was actually some thought of having bus stops on the side of a two-lane interstate? Do they understand what that word is supposed to mean?

Here. Let’s clear up some confusion. The word “interstate,” is defined by the Googles as, “one of a system of expressways covering the 48 contiguous states.”

Let’s go just a bit further, since the Googles are a little vague and not quite the zinger I needed for the lightning-quick wit I’m attempting to deliver here. It happens.

The Federal-Aid Highway Act, signed by President Eisenhower in 1956, created a 41,000 mile “National System of Interstate and Defense Highways.” Specific reasons for creating the act cited by President Eisenhower included the elimination of “unsafe roads, inefficient routes, traffic jams and all of the other things that got in the way of speedy, safe transcontinental travel.”

Zinger mission accomplished. Now on to “The Bus Stop in the Middle of the Highway,” which is actually the title of a missing Nancy Drew mystery. Yes it is. I saw it on Antiques Roadshow. It was supposed to publish in between “The Whispering Statue” and “The Haunted Bridge,” but Nancy got held up in a traffic jam and didn’t make upload deadlines.

(I may need to insert a filthy lie alert here. About Nancy Drew and Antiques Roadshow, not the bus stop or interstate system. )

In light of glaring factual evidence that we’ve pretty much decided to forgo the “unsafe roads and traffic jams” part of ol’ Dwight D.’s vision, I guess installing a bus stop in the middle of I-25 isn’t such a stretch.

According to Jared Fiel, CDOT’s northeast regional spokesman, the hub will be set up with a park-n-ride model that’s been used in other states. He didn’t say how successful these models have been, and the Googles were again, vaguely vague in revelations of precise knowledge.

The bus stop itself will be located approximately 7 miles from the parking lot, which will require use of magic carpets and pack animals to access it without a personal daily commitment to a 14-mile round-trip jog back and forth.

OK, it’s not 7 miles. But CDOT renderings of the proposed project do make it appear like quite a little hike from car park to express bus lot. I can only imagine it won’t be long before someone drops a gaggle of electric scooters somewhere in the mix, just to make things fun and interesting.

Plans are to implement a third lane on this stretch of I-25 to use as an express lane, facilitating left-lane exiting for participating commuters into the middle of the interstate stop. (Note to self: In Colorado, the definition of “express lane” might include a bus stop.)

The tunnel is completely unnecessary and being added solely for the purpose of incubating body snatchers and possible zombie outbreaks. (If you need reassurance that the previous statement is a filthy lie, please assess your tenuous grasp on reality and exit the building in an orderly fashion.)

Frankly, I wish CDOT all the success in the world with the project. Anything that removes as many as 2,000 four-wheelers from the daily highway equation is a good idea, as long it’s replaced with equal or better functionality.

I’ll hide and watch, but I won’t enter the zombie tunnel. You can’t make me. 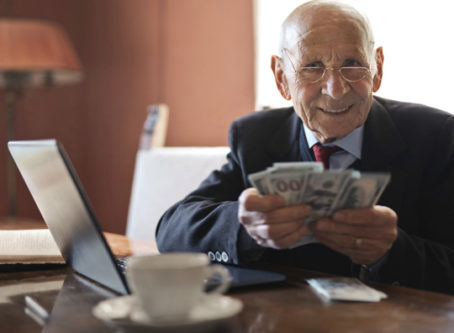 OOIDA has fought for years for greater transparency in broker and motor carrier contracts, and the pandemic has highlighted why the lack of it is a problem.

An hours-of-service exemption request by an autonomous truck company drew thoughtful comments from many, backing up OOIDA’s arguments against it.