In a new video produced by the Federal Motor Carrier Safety Administration, OOIDA Board Member Dick Pingel explains to drivers of passenger vehicles that truckers are people too.

Pingel, a truck driver from Plover, Wis., who has been an OOIDA board member for six years, was featured as part of a series related to FMCSA’s Our Roads, Our Safety education and outreach program. The Voices of Safety video campaign seeks to increase public awareness about how to drive safely around the nearly 12.5 million large trucks and buses operating on the nation’s roadways.

OOIDA is working with FMCSA and their other partners on this project in hopes of reducing crashes.

“The messages in the campaign are put together as a collaborative effort and should hopefully resonate with the motoring public,” Norita Taylor, OOIDA’s director of public relations, said in a news release. “It’s important to emphasize the role as we all play in highway safety, and this program offers safety tips like stopping distances, blind spots and other critical information that all who share the highway need to know.”

In Pingel’s portion of the video campaign, he focused on the topic of distracted driving.

“All the technology that we have in our vehicles today can sometimes make driving more unsafe if we don’t understand that it’s still important to pay attention and maintain control,” he said.

Drivers of passenger vehicles must be aware that large trucks are unable to stop as quickly. That makes distracted driving all the more dangerous when sharing the roads with commercial motor vehicles.

“To be safe when I’m around traffic, I try to anticipate what everyone around me is going to do,” Pingel said. “Leave your phone at home or in your pocket. That’s the main thing now with all of the gadgets we have nowadays.”

Pingel has been a truck driver for more than 40 years and has driven more than 4 million accident-free miles. He was named a Citizen Driver by TA & Petro in 2017 and has a truck stop named after him in DeForest, Wis. 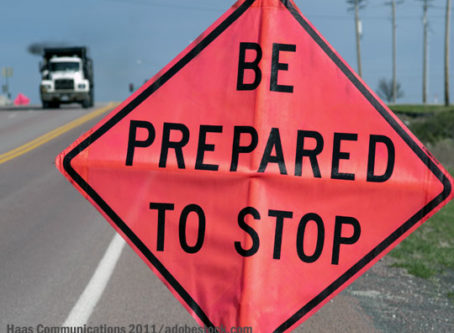 Don’t get sidelined – Be prepared for Brake Safety Week

Inspectors will look for critical brake violations during Brake Safety week starting Sept. 15. We have advice on how you can be prepared for inspection.