The changes will allow individuals who do not satisfy requirements with the worse eye, either distant visual acuity standard or field of vision standard, to be considered physically qualified to operate a commercial motor vehicle in interstate commerce under specific conditions. FMCSA’s final rule is scheduled to be published in the Federal Register on Friday, Jan. 21.

Current standards prohibit such drivers from operating in interstate commerce unless they receive an exemption from FMCSA.

The Owner-Operator Independent Drivers Association supports the change and said it will allow safe, experienced drivers to stay on the road.

“The much anticipated final rule will eliminate red tape and help qualified, experienced monocular drivers stay in the industry,” said Jay Grimes, OOIDA’s director of federal affairs. “The alternative vision standard program maintains necessary safety qualifications, offers a performance-based approach, and will waive excessive waiting times for drivers that can meet the new standards. Anyone currently exempted will no longer need to apply with FMCSA and can now be approved through their own vision specialist and certified medical examiner.”

To be qualified under the new standards, the individual must have at least 20/40 vision in the other eye with or without corrective lenses and a field of vision of at least 70 degrees in the horizontal meridian. The individual also must be able to recognize the colors of traffic signals, have a stable vision deficiency, and have had sufficient time to adapt to and compensate for the change in vision.

Medical professionals would evaluate and make medical qualification determinations instead of FMCSA, as in the current exemption program. Motor carriers would administer the road tests. The proposal is based on recommendations from FMCSA’s Medical Review Board.

The current standard, which has been in place since 1970, requires drivers to have at least 20/40 vision in both eyes. Monocular vision is a disqualification unless a driver goes through the waiver process, which includes a three-year period of intrastate driving without any serious offenses, suspensions or revocations of driving privileges, or involvement in a reportable crash, and no more than two convictions for moving violations in a commercial motor vehicle.

FMCSA issued a notice of proposed rulemaking in January, and OOIDA filed comments in support of the changes.

FMCSA received 69 comments on the proposed rule, with 45 in support of the changes. The agency said 20 commenters generally opposed the rule. That included commenters who supported the concept but wanted further study before it was implemented. LL 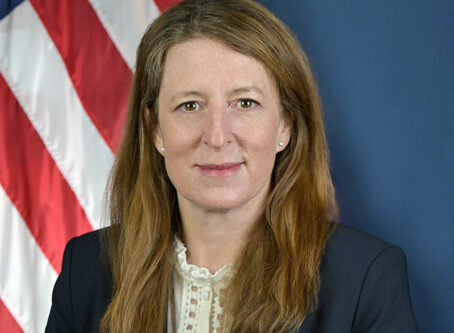