Fight against driver shortage claims not over

Sadly, it’s not as easy as calling the whole thing off. There is a real problem that exists in the trucking industry. The American Trucking Associations will tell you that it’s a driver shortage. The Owner-Operator Independent Drivers Association, meanwhile, points to driver turnover rates of 90% or more and says the problem is more about low driver pay and poor working conditions.

The good news is that after decades of OOIDA refuting the driver shortage claims, some government leaders appear to be listening.

In July, the Department of Transportation and Department of Labor hosted a roundtable discussion to discuss driver retention and recruitment. FMCSA acting Administrator Meera Joshi called driver retention “fundamental” to supply chain resiliency and overall roadway safety. Transportation Secretary Pete Buttigieg, meanwhile, referred to the problem as a “leaky bucket” and said that it wouldn’t be fixed until trucking became a more desirable long-term career.

OOIDA President Todd Spencer used his time on the roundtable discussion to focus on pay and working conditions. According to the U.S. Bureau of Labor Statistics, the average salary for truck drivers was $47,130 in 2020. While that is well above the U.S. median personal income of $35,977, it seems like much less when you consider the amount of hours truckers work and that they often do so without being able to return home for weeks at a time.

“I should point out that for a truck driver, this is not a 40-hour week,” Spencer said. “It’s generally 60, 70, 80 hours and sometimes more of actual work. And then there’s more time that goes along with it. So, yeah, it’s a very, very demanding job. And realistically, the economic rewards haven’t kept up for the last 40 years since our industry was deregulated. And, you know, it seems like having them catch up is a very, very elusive goal.

“Your pay is determined by what you can be replaced for. And right now, that’s not all that much money.”

The momentum of the driver retention roundtable fed into July’s Motor Carrier Safety Advisory Committee meetings, as well as a driver subcommittee meetings. Both groups focused on ways to make trucking a better long-term career. In addition, Buttigieg and Labor Secretary Marty Walsh wrote an open letter titled, “Truck drivers are essential workers. We need to treat them that way.”

But you didn’t think that meant all of the “driver shortage” claims went away, did you?

Just last week, the International Trade Administration’s Advisory Committee on Supply Chain Competitiveness drafted a letter to Commerce Secretary Gina Raimondo recommending that the department take immediate actions to address the driver shortage. This week, Werner Enterprises cited a “historic driver shortage” as part of an effort to get the FMCSA to exempt its student drivers from a CDL regulation.

“The problem is retention and turnover and keeping people in the industry.”

Looking at the problem as a “driver shortage,” the advisory panel’s recommendations included allowing drivers as young as 18 to become long-haul truckers. On the positive side, the panel also looked at improving driver training and addressing the truck parking crisis.

In order to address the real problem, those are the areas that need to be focused on. Rather than ignoring the reason 90% of the drivers leave the big fleets by looking for a new pool of 18-year-old drivers, make it a more desirable career by improving pay, alleviating stress on the driver, and making the highways a safer place to work.

That’s why the argument of driver shortage vs. driver retention isn’t trivial. If it’s a shortage, just find me a new driver. If it’s a retention problem, the mega fleets must start being accountable for why they can’t keep a driver in the seat.

“We need to be focusing on driver pay, drivers’ time, driver benefits,” Pugh said. “For far too long, that stuff has been just neglected. And again, as we all know, there’s plenty of people coming in the industry. That isn’t a problem. It’s there’s too many going out the back door. That’s the problem.” LL

Recently, a trucking company was hit with a historic $1 billion verdict. Despite the mind-numbing price tag, this means nothing for insurance minimums.

The same ATA perpetuating the driver shortage fraud also opposes the only sure way to get more drivers behind the wheel – better driver pay.

Assessing the kids behind the wheel

As mega fleets keep pushing for younger drivers, a new tool aims to assess whether an 18-year-old is safe enough to drive interstate commerce. 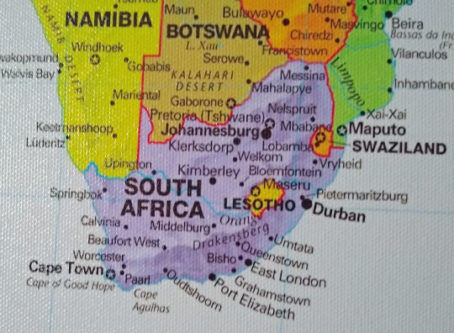 Groendyke wants to import truck drivers from South Africa due to a “driver shortage,” but is this an attempt to avoid increasing wages for U.S. truckers?