OOIDA contended the tolls were discriminatory against truckers, in violation of the Commerce Clause and the Privileges and Immunities Clause of the United States Constitution. However, the state claimed it is exempt from those rules as a market participant.

“A three-judge panel of the Seventh Circuit U.S. Court of Appeals decided that there is no limit to the tolls that a state can impose on highway drivers,” OOIDA President Todd Spencer said. “This contradicts decades of legal precedent holding that the U.S. Constitution limits how much a state can burden interstate commerce.”

In its published opinion, the Seventh Circuit panel held that the state could legally set toll rates as it sees fit.

“As entrepreneurs, the court repeatedly says, states may behave like private businesses and sell to whom they please at prices the market will bear (or at subsidized prices),” the court states.

In its arguments, OOIDA pointed out that the $1 billion generated from the truck toll hike was used for state purposes unrelated to the maintenance of the Indiana Toll Road.

However, the Seventh Circuit panel said that does not matter. Like any private proprietor, the court stated, a state can turn a profit from its activities.

From here, OOIDA can keep the Indiana Toll Road lawsuit alive by requesting the full Seventh Circuit to hear the case or petition to the Supreme Court. The Association is reviewing the court decision and its options for moving forward.

“According to the Seventh Circuit, states are free to plug budget shortfalls and fund unrelated pet projects from the pockets of interstate truckers,” Spencer said. “Although the case was focused on recent increases on the tolling of truckers, the court’s legal analysis was not dependent on what type of highway user paid the tolls.” LL 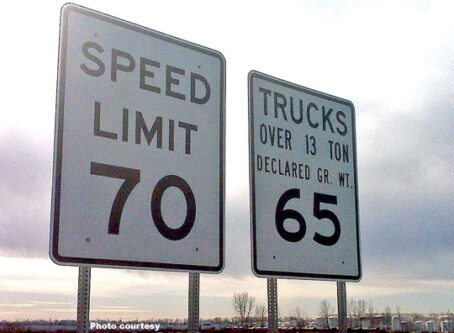