ELECTION 2018: Local ballots around Florida to include road funding questions

Voters in multiple Florida locales will decide Nov. 6 whether to raise taxes or tap bonds for more than $24 billion in transportation work over three decades.

Broward County voters will decide whether to raise the county sales tax for transportation improvements.

Passage of Referendum 1 would increase the local tax rate from 6 percent to 7 percent. The 1-cent increase is predicted to raise $16 billion over 30 years.

The revenue would be used for improvements to “reduce traffic congestion, improve roads and bridges, enhance traffic signal synchronization” and transit and other projects. If approved by voters, county commissioners would create a nine-member board to oversee how the county spends the revenue.

Advocates say a portion of the new revenue would be used to aid congestion efforts. Specifically, fiber optic cables would added to about 75 miles of roadway to adapt signal timing to traffic demands.

Hillsborough County
Voters in the county that includes the city of Tampa will decide whether to raise the local sales tax by one cent for better roads and bridges, and other improvements.

Referendum 2 would implement a transportation plan to add technologies that include smart, or timed, traffic lights and road sensors. The changes are billed to improve traffic flow.

The tax increase would be used to reduce congestion and improve safety by raising the local sales tax to 8 percent from 7 percent. The tax increase is estimated to raise about $280 million annually over 30 years.

About 55 percent of new revenue would applied for road work. The remaining funds would be used to pay for new and enhanced transit options.

Funds could not be used for expansion of right of way or width on the interstate highway system.

City of Palm Bay
A citywide bond referendum for road improvement projects is on the ballot in one Brevard County locale.

Voters in the city of Palm Bay will decide whether to tap general obligation bonds to address an estimated $162 million road-repair backlog.

Specifically, passage of Referendum 2 would permit the city located along Interstate 95 southeast of the Orlando area to bond up to $150 million for work that includes improving roadways and eliminating potholes.

The bonds would be repaid over 20 years from annual ad valorem taxes. 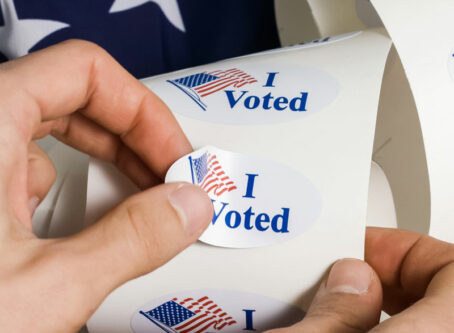