Companies with names like Aurora, Embark, Kodiak, Ike, Plus, TuSimple, Waymo and more are promising to change trucking as we know it. They want to put driverless trucks on the interstates to run linehaul between staging yards near interchanges. At least one company is still trying to sell truck platooning technology.

Will they fundamentally change trucking? Probably not as much as they might think. And they won’t all make the cut. Trucking has been here before. What we have today is a miniature version of the tech frenzy of 20 years ago.

Back in 2002, you heard names like Qualcomm, Internet Truckstop, and PeopleNet, among others – many others. My tech company list from 2002, when I covered the industry, has more than 200 entries. There have been so many name changes and failures, that it’s impossible to say how many survived and in what form. We do know that Qualcomm became Omnitracs, Internet Truckstop became Truckstop.com, and PeopleNet was subsumed by Trimble Inc.

But in 2002 you also heard high-profile names like Aether, Terion, and Transportal. Remember them? You’re forgiven if you don’t. They promised to revolutionize trucking, too.

Aether Systems swaggered into the trucking world in 2000 buying a number of companies, most notably Motient, a satellite communications system that competed with Qualcomm. At the time, Motient was a new name for American Mobile Satellite that had been around since 1988. The name change was a clue that things weren’t going so well for American Mobile Satellite. Sure enough, things didn’t go so well for Aether. According to one industry expert at the time, Aether “went public, and they got $2 billion. Then they were on a burn rate of $30 million a month.” Before the end of the decade, Aether was no more.

Terion Inc., another high-profile mobile communications outfit, had a snazzy idea. They would broadcast one-way text messages from dispatch to the driver over FM radio side bands, much the way some paging systems worked. Messages from driver to dispatch worked like ham radio. Messages bounced off the ionosphere for nearly worldwide range. It was a lot cheaper than Qualcommm, and it worked. Sometimes. After a noisy introduction in 1999, Terion fizzled.

Then there was the nine-month wonder Transportal Network. Transportal debuted at the Truckload Carriers Association meeting in March of 2000. Company executives described an internet-based system to join small fleets of, say, 300 to 500 trucks into a virtual fleet large enough to benefit from sophisticated optimization software.

Executive Vice President Lana Batts, a well-known former president of the TCA, lent credibility to the audacious plan. In August, Transportal announced its virtual fleet consisted of 32 companies that represented nearly $2.5 billion in revenue, 20,000 tractors, and 40,000 trailers. But in September, their PR guy said things were “on hold” while they looked for more investment money. That was the last we heard of Transportal.

Today’s driverless trucks competition is hardly on the scale of the tech mania of 2002, but there are similarities – name changes, for one thing.

For example, Google’s driverless car project, one of the first and most ambitious such programs, became Waymo. Waymo is also developing driverless trucks.

Waymo veterans helped launch other self-driving companies, including Otto, which specialized in big trucks. In 2016, Otto launched and then quickly sold out to Uber, which was already working on driverless cars. In 2020, Uber sold its Otto driverless truck arm to Aurora, another driverless truck developer. Meanwhile, a co-founder of Otto went on to launch driverless truck startup Kodiak.

Starsky Robotics was different. While there would be no driver in a Starsky truck, it wasn’t exactly driverless. A Starsky truck could drive itself much of the time, but when it couldn’t, a remote driver sitting at a computer somewhere would take the controls. Starsky had raised over $21 million but by 2020 was running out of cash. There were no buyers, so Starsky evaporated.

A company named Peloton Technology launched in 2011 and was the first to develop commercial platooning technology that would enable trucks to follow each other closely, easing wind resistance for those behind the leader and thus save an average of 7% on fuel. They ran a demo with trucks from C.R. England in 2013 and said they expected to launch a commercial product in 2017. Then they changed it to 2018. And finally, they went out of business.

Another platooning company with the curious name Locomation launched in 2018 and began issuing news releases in 2020. Last December, according to one of them, a study allegedly found their technology “will reduce a truck’s GHG (greenhouse gas) footprint by 22%, operating costs by 19%, and fuel consumption by 21%.” The extravagant claims may have raised its profile if not its credibility. They’re still around – so far.

Meanwhile, driverless truck companies have been hauling loads on self-driving trucks all over the place – with safety drivers, of course. Most of the testing has been in the Southwest, but trips as far east as Jacksonville, Fla., have been reported. In 2019, a truck with self-driving technology from Plus drove from California to Pennsylvania. More recently U.S. Xpress working with Kodiak ran loads between Dallas and Atlanta.

Then there’s TuSimple. TuSimple says its Autonomous Freight Network will comprise terminals in major metropolitan areas near interstates. TuSimple self-driving trucks will line-haul trailers on the Interstates between the cities. The company said it has orders for 6,775 International LT trucks equipped with its system. Deliveries are supposed to begin in 2024. Pretty ambitious.

Like startups 20 years ago, today’s driverless tech companies are predicting real-world adoption and commercial operation in the very near future. But will they really change trucking?

Sure, in a way. Driverless trucks will eventually run the interstates between staging yards at particular interchanges. But no matter how good the technology, there will be accidents. There always are. Maybe they’ll be caused by other vehicles. Maybe they’ll result from bad weather or emergency circumstances. Maybe an extremely complex self-driving system will simply stop working at the wrong time. It doesn’t matter how. The public won’t like it.

The public won’t like platooning either. Sure, other vehicles will be able to merge between platooned trucks, but only the bravest driver will dare to. Everyone else will be intimidated. Just the sight of trucks running so close together at highway speeds will be scary. 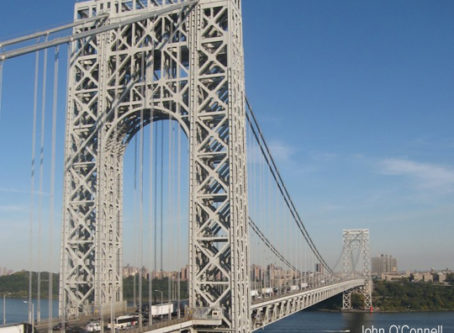