The former truck driver who caused the deadly hockey team bus crash in April 2018 in rural Saskatchewan is trying to avoid being deported.

Jaskirat Singh Sidhu was sentenced to eight years in prison for the crash with the bus carrying the Humboldt Broncos junior hockey team. The crash killed 16 people, mostly players, and injured 13 others.

Sidhu’s lawyer told the Canadian Broadcasting Corp., that he hopes to get a chance to argue in federal court against his client being deported back to India once his sentence is served.

Sidhu was a newly married permanent resident at the time of the bus crash. He also was new to truck driving.

Michael Greene, Sidhu’s lawyer, has filed an argument with the federal court and expects written arguments from the Department of Justice by the end of the month, he told CBC. He will then have a chance to respond by July 22. Then a federal court judge will decide if the case will be argued in open court, the attorney told CBC.

Understandably, officers recommending deportation were focused on the horrific casualties in the hockey team bus crash, Greene said, but that was addressed with the prison sentence.

“This exercise is not to mete out punishment, and that’s what they’re doing. They’re meting out punishment … further punishment,” Greene said. “He already got the highest sentence ever for this kind of an offense. Now they’re wanting to double down with permanent exile.”

An entry-level driving training requirement went into effect in the United States in February 2022. LL

Fuel tax holidays and IFTA: clearing up the confusion

Clearing up the confusion about fuel tax holidays and IFTA. Plus, details on the Guaranteeing Overtime for Truckers, or GOT Truckers Act. 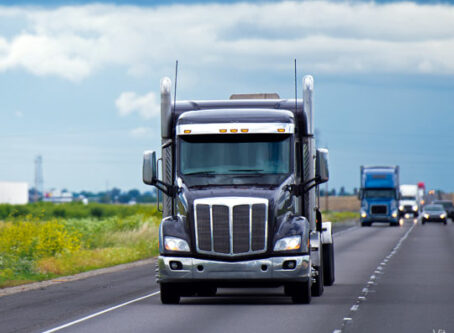