Weekly decreases in the U.S. average price for a gallon of diesel as reported by the federal Energy Information Administration fuel have stopped after 14 weeks.

On Monday, Jan. 28, the EIA reported the average price for a gallon of diesel across the U.S. remained the same as last Monday. The price is 10.5 cents lower than the price one year ago.

On average, prices in East Coast went up 1.3 cents with the increases in Central Atlantic and Lower Atlantic states offsetting price declines in New England states. 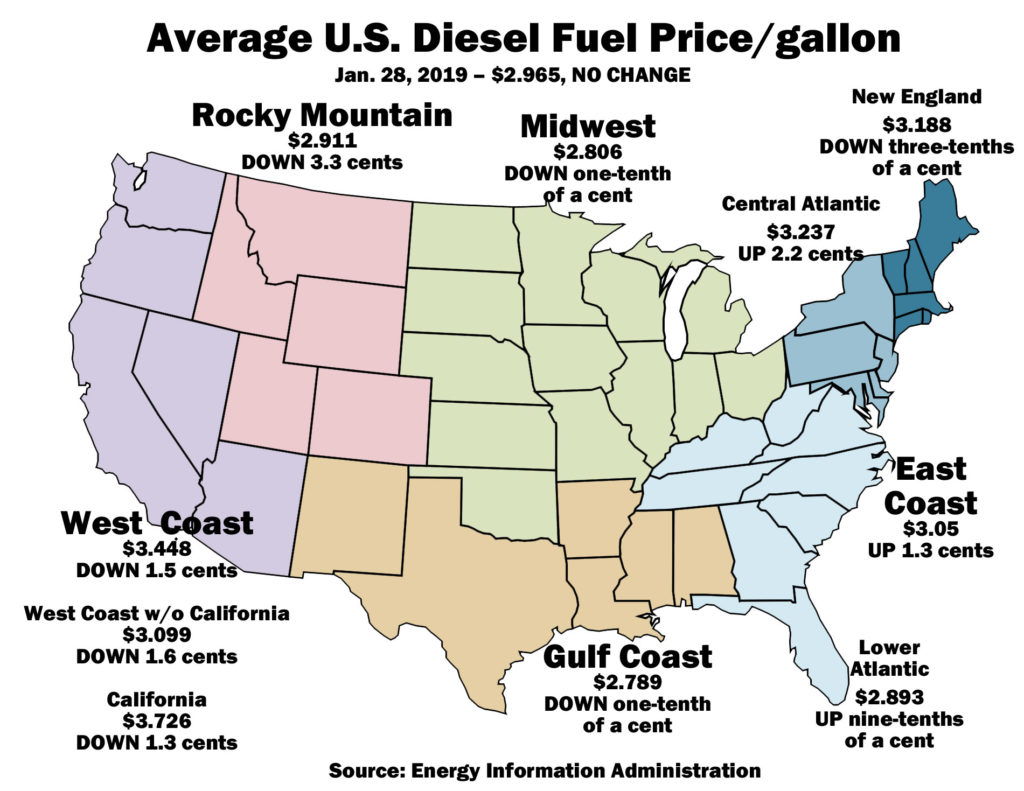 ProMiles reports national average U.S. retail price for diesel on Monday, Jan. 28, dropping another penny from the week previous to $2.855 per gallon. Lower average prices were not reported for every region, however.

In East Coast states, prices nudged up less than a cent, except in the Lower Atlantic area, where the price remained the same as last Monday.

AAA reports a national average price per gallon for diesel fuel at $2.919 for Monday, Jan. 28.

Today’s report from ProMiles.com shows diesel prices down for most of the eastern U.S. but inching up out west. Feds show all decreases.