The Owner-Operator Independent Drivers Association advised the U.S. Department of Labor to consider the long history of the trucking industry’s owner-operator model before finalizing any rules regarding worker classification.

OOIDA submitted formal comments to the Department of Labor on Monday, Oct. 26, regarding a proposal that attempts to tackle the controversial question of whether a worker is an employee or an independent contractor under the Fair Labor Standards Act.

In September, the Department of Labor announced a notice of proposed rulemaking that would create an “economic reality” test to determine a worker’s status.

Much of the controversy over worker classification stems from the increase in such gig economy jobs as driving for companies like Uber or DoorDash, but the proposal would affect a variety of industries.

“As written, the department’s proposal unfortunately fails to clarify the classification of owner-operators under FLSA,” the Association wrote in comments signed by President and CEO Todd Spencer. “While we appreciate the department’s efforts to work with and ‘sharpen’ the existing test for FLSA classification, we believe the proposal leaves important questions unanswered and could have unintended consequences for independent owner-operators.

“The owner-operator model predates recent developments in app-based work opportunities, and the department must consider this long history before finalizing any classification rule.”

OOIDA pointed out that the owner-operator model has a well-established history and has provided millions of truckers the opportunity to be true independent contractors and small-business entrepreneurs. At the same time, OOIDA acknowledges that there are many motor carriers that misclassify drivers to take advantage of them.

“The specific details of an owner-operator’s situation can vary greatly from case to case because the trucking industry is incredibly diverse,” OOIDA wrote.

OOIDA said owner-operators with their own authority generally provide a straightforward case of being an independent contractor.

Owner-operators also can choose to lease their equipment to a carrier and operate that equipment under the motor carrier’s authority.

“When done right, traditional lease arrangements offer truckers control over their work and the opportunity for profit or loss,” OOIDA wrote. “When a leased-on owner-operator fits this description, they are in business for themselves and should be classified as an independent contractor.

“There are thousands of truckers who currently fit this model, and any FLSA classification must continue to regard them as independent contractors.”

However, OOIDA said that there are “certainly some owner-operators who are misclassified” as independent contractors.

“In trucking, this is generally done through lease-purchase agreements, which are schemes where motor carriers lease a truck to a driver with the promise of fair compensation, future ownership of the truck, and ‘independence’ from traditional employer-employee requirements,” OOIDA wrote.

The Association contends that this where the Department of Labor’s focus should be when it comes to worker misclassification and trucking.

“Lease-purchase schemes can only be described as indentured servitude,” OOIDA wrote. “Drivers are paid pennies on the dollar, will likely never own the truck, and have zero independence. In these situations, there is no opportunity for a driver to make a profit. Lease-purchase schemes are the most egregious form of worker classification in trucking, and any final rule should weigh in favor of classifying these drivers as employees or outright prohibit this flawed model.”

OOIDA opposes California’s ABC test, which makes it nearly impossible for an owner-operator to be considered an independent contractor. The Association encourages the Department of Labor to have a more nuanced approach that allows owner-operators who are actually in business for themselves to remain independent contractors while protecting truck drivers who are in predatory lease-purchase agreements.

“We support the department’s rejection of the ABC test as adopted in Assembly Bill 5 by California,” OOIDA wrote. “This test is overly broad, unnecessarily restrictive, and could potentially upend the owner-operator business model.”

The Association said that the DOL must take a long look at how the proposal would affect trucking before making a final rule.

“We are concerned that some portions of the department’s notice of proposed rulemaking push true independent owner-operators toward classification as an employee and other aspects of the proposal do not recognize certain conditions under which motor carriers control their drivers and should support an employee determination,” the Association wrote. “Adopting OOIDA’s recommendations to the notice of proposed rulemaking would help provide greater clarity for truckers if the department moves forward with this rulemaking.”

OOIDA’s complete nine pages of comments can be found here.

The public comment period on the Department of Labor’s proposal ended Oct. 26. According to the Regulations.gov website, the department received 1,782 comments. LL

COVID-19 vaccine could be available to truckers in early 2021

A COVID-19 vaccine could be available to truck drivers and other essential workers in late January or early February. 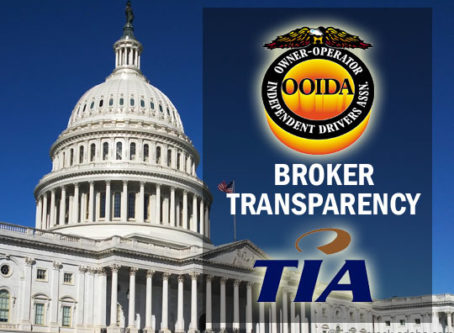 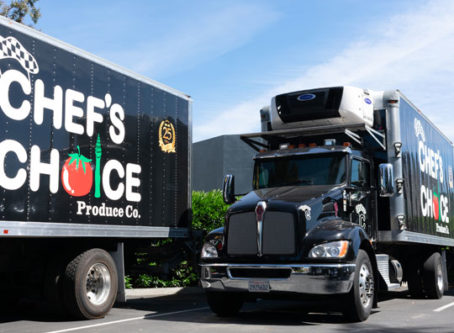