Last Monday, a tiny increase broke a 19-week slide in the U.S. average diesel fuel price. This week, a tiny decrease has erased that gain, bringing the national average to $2.386 per gallon.

According to the Energy Information Administration’s weekly report, small decreases were recorded for all regions except the Central Atlantic, where there was no change from a week ago.

Before last week’s tiny increase, the weekly average diesel fuel prices for the U.S. had dropped every week since early January.

One year ago the average U.S. diesel fuel price was 75 cents per gallon higher, according to the EIA.

ProMiles.com reports the average retail price for diesel fuel per gallon in the U.S. on Monday, June 1, was almost exactly the same as prices reported one week ago.

The U.S. average nudged up a tenth of a cent and the average price was unchanged from a week ago for three regions. Unlike the other regions where small or no changes were recorded, California’s average price went up almost 3 cents per gallon, according to ProMiles data.

The U.S. average diesel fuel price per gallon is 78.7 cents less than one year ago, according to ProMiles.com.

AAA reported the retail average U.S. price per gallon of diesel fuel at $2.41 for Monday, June 1.

A week previous the average retail U.S. price for a gallon of diesel fuel was $2.412 per gallon. 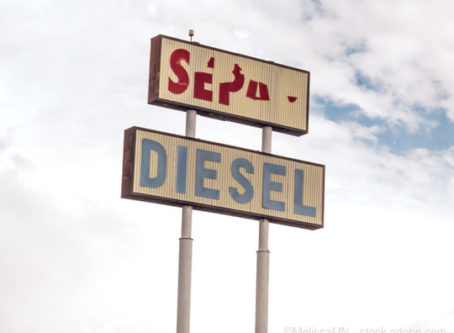 The average prices for a gallon of diesel increased in all regions across the U.S., up to more than 3 cents in the Midwest, to a federal report says.