Diesel prices lower in West Coast and Rocky Mountain regions, up everywhere else

The average price of a gallon of on-highway diesel went up two-tenths of a cent to $2.903 per gallon for the week ending Monday, Dec. 25. This marks the first increase after three weeks of decreases.

Diesel prices went up in six of 10 regions in the United States, according to the Energy Information Administration. The largest average increase was in the New England region, where prices at the pump went up 1.9 cents per gallon. Prices went down 1.8 cents in the West Coast less California region, the largest decrease in the nation.

According to ProMiles, the average retail price at truck stops was $2.852 on Monday morning, unchanged from last week.

TruckMiles.com listed the daily average price for Wednesday at $2.948, with truckers in California paying an average of $3.617 per gallon, the highest in the nation. Truckers in Oklahoma are paying a national low of $2.663 per gallon, according to the site. No states in the Lower 48 states have been listed in excess of $4 per gallon at the pump since Dec. 4, 2014. Fifteen states are reporting average prices above $3, four more than last week. No states have reported average diesel prices below $2 since April 27, 2016.

AAA has indexed diesel prices at $2.836 for Wednesday, 36.4 cents more expensive than this time last year and two-tenths of a cent cheaper than a month ago.

According to Reuters, oil prices began to slow down on Wednesday after nearly reaching two-and-a-half year highs on Tuesday. Supply outages in Libya and the North Sea were largely responsible for the price surge, losing steam during Wednesday’s trading session. 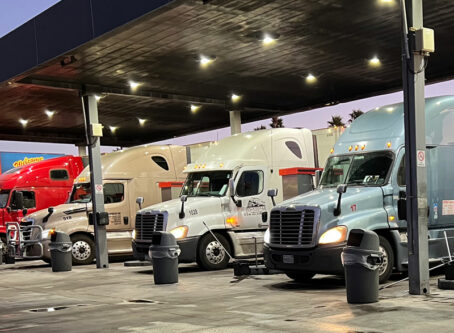 The national diesel average is 10 cents lower than last week, according to the Dec. 5 ProMiles.com report. AAA and EIA prices down as well. 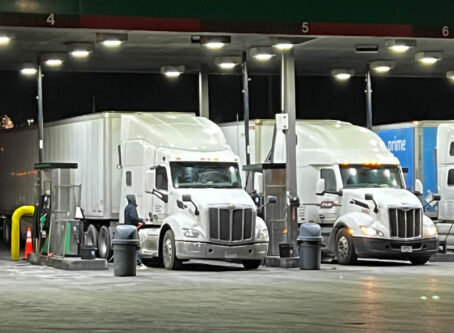 Efforts to help motorists and truck drivers cope with high inflation by providing some relief at the fuel pump continue in multiple states.